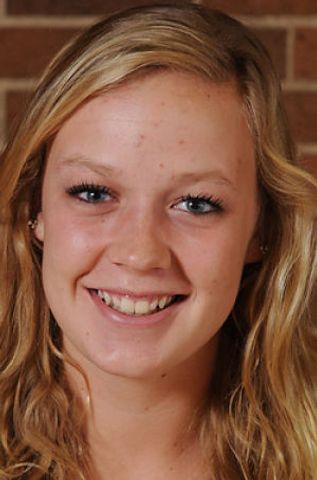 COLUMBIA - For the first time, Columbia area high schools are home to both the best male and female high school basketball players in the state.

The Missouri Basketball Coaches Association named Hickman's Jimmy Whitt and Rock Bridge's Sophie Cunningham Mr. and Miss Show-Me Basketball for 2015. At their meeting tonight, the Columbia Board of Education will honor Whitt and Cunningham for this achievement.

Whitt, the star-point guard for the Kewpies, helped lead the team to a 13-7 record. He currently is ranked as the 55th-best player in the nation and the top player in Missouri by recruiting website Rivals.com. He will be playing next year under former Missouri coach Mike Anderson at the University of Arkansas.

Cunningham helped lead a strong Lady Bruins squad this season to its fourth-consecutive state title. Along with being named Miss Show-Me Basketball, Cunningham was named to the McDonald's All-American team earlier this year and last week was named to the U.S. under-19 team trials roster. She will be playing next season at MU, where her sister Lindsey currently is on the roster.

While this was the first time both Columbia schools had students receive the award in the same year, this was not the first time either school had a recipient. In 2008, Yvonne Anderson won the award as a Kewpie and in 2011 Rock Bridge's Ricky Kreklow was named Mr. Show-Me Basketball.

The award has also been a good predictor of future success on the court. In its 30-year history, nine recipients of Mr. Show-Me Basketball have played in the NBA and four of the Miss Show-Me Basketball winners either played in the WNBA or overseas. Current NBA players who received the award while a high schooler in Missouri include David Lee, Bradley Beal and Tyler Hansbrough.

Along with Cunningham, the Rock Bridge Lady Bruins basketball team will be honored at the school board meeting tonight.