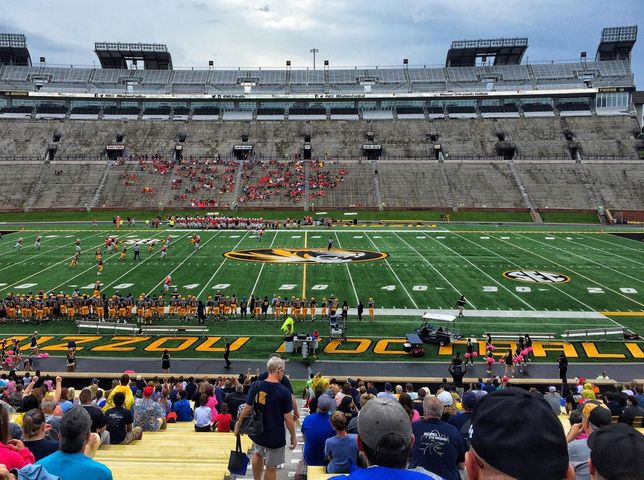 The University of Missouri hosted the annual Mayhem at the Zou on Saturday.

The Battle Spartans played the Jackson Indians first with Battle winning the game 42-20.

Many Spartan fans are hoping this year's season is as good as the last.

"Battle is awesome," Lisa Vincent said. "The coaches are awesome, so I hope we get to go all the way again."

Last year, Battle High School won the Class 5 State Championship and Vincent's son was a senior on that team.

He is now set to play as a free safety for Central Methodist University this year.

"My favorite part is watching my son play," Vincent said. "I didn't know much about it until he started getting into it so I've learned a lot."

Ed Elsea's son and daughter are in the Battle High School band, and his wife teaches at Hickman.

"I like the excitement that goes on during football season, the fight song and just everyone going and all the cheering and spirit songs," Elsea said.

He and his family recently moved from Lebanon, Missouri, to Columbia for teaching jobs with Columbia Public Schools.

"Fall sports in Missouri is just an electric time," Elsea said. "It gets everybody excited, and the fresh air gets everybody going, and it's a good time."

The last teams to play were the Rock Bridge Bruins vs. the Rockhurst Hawklets.