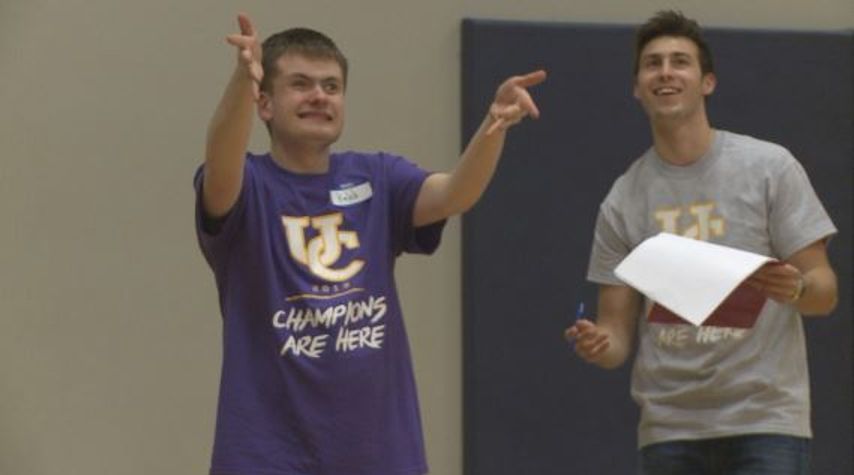 COLUMBIA - Parents and fans cheered from the bleachers as they watched students of all different abilities show off their athletic abilities.

Battle High School hosted the sixth annual United Challenge, a friendly competition between special education students across Columbia Public Schools. Special education students from Rock Bridge, Battle and Hickman High School partnered with another student from their respective schools to compete with them in challenges. The school with the most points at the end of the day took home a three-foot tall trophy.

The event draws rookies in and veterans back every year. Battle student Jordan Carbone returned because he wanted help his school win for the second year in a row. His soccer skills were a huge asset to the team.

“I went out there, pushed it to my all and I proved everything,” Carbone said.

"I just wanted to create a big community for all students, and when I see that that connection, that friendship is not just in school, but they are connecting outside of school, that’s what I wanted," Victor said. "I just wanted all kids to get to know each other on the same level playing field.”

Hickman student Emma Mattson said she enjoys building those connections outside of school. She attends traditional classes and is a member of Kewps United, a Hickman inclusivity group.

"I think a lot of people think that we come just to be nice, but I just come to have fun with all of these awesome people that you don't get to see normally," Mattson said.

Carbone said he loves representing Battle with his teammates.

"They’re the best teammates anyone could have," Carbone said.