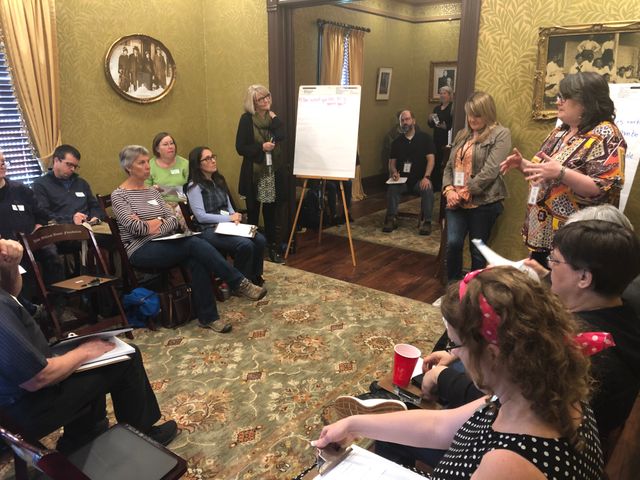 COLUMBIA - The City of Columbia Historic Preservation Commission held its first community meeting of the year Saturday at the J.W. "Blind" Boone Home on Saturday.

Members of the community voiced their ideas on how the commission can benefit citizens, set priorities, create partnerships, stay relevant and become more accessible for the current year.

Pat Fowler, chair for the Historic Preservation Commission, said its goal is to write out a strategic plan that reflects the citizens' input.

"It's taking the ideas and putting them into a format, so that the citizens can see that we're listening and then looking at the ideas that are realistic for us to work on," Fowler said.

Amanda Staley-Harrison, the commission's vice chair, said there has been a need to preserve the historic areas of Columbia in recent years.

"There has been a lot of rapid development in Columbia that has been visible to a lot of people from a lot of different backgrounds in the core downtown district," Staley-Harrison said.

She said she believes the city will be willing to work toward putting together something that's going to reflect the citizens who are involved.

"The counter-side to historic preservation is progress, and I don't think they are conflicting entities; they can be mutually beneficial," she said.

Moving forward into its planning period, the commission is planning on creating teams between commission members and citizens.

"We're going to have people research to find good ideas that other communities are doing as a result of a request of their citizens," Fowler said.

The commission hopes to have its strategic plan finished by the end of November.