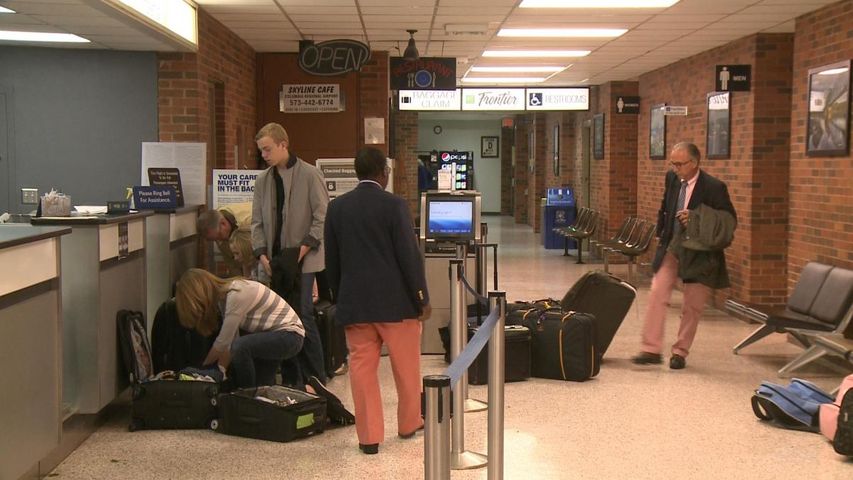 Traveler Joel Angoran was headed home to see his family and said the weather left him uneasy. "It started raining like not that long ago and I started panicking," Angoran said. "Thinking that my flight would be delayed because I just finished school and I just want to go home and start my summer with my friends, my sister, and what not."

Traveler Kevin Presgraves was in Columbia to perform at the air show and participate in the Memorial Day Parade. "I was in town this weekend as a performer in the Salute to Veteran's air show and we got off two jumps during this weekend," Presgraves said.

Presgraves said he was about to jump from a plane at Monday's Memorial Parade when he got a call the parade was canceled. "We were supposed to jump into the opening of the parade, but the winds were over our limit, so for safety reasons, we had to go ahead and cancel the jump," Presgraves said.

Among those statistics, air travel was expected to decline from 2.5 million to 2.3 fliers.

AAA also reported that while car rental rates were the highest in four years, hotel rates rose modestly. Travelers were expected to spend an average of 66 dollars a night compared to 160 dollars last year. Spending among travelers was also projected to decrease $702 to $659.