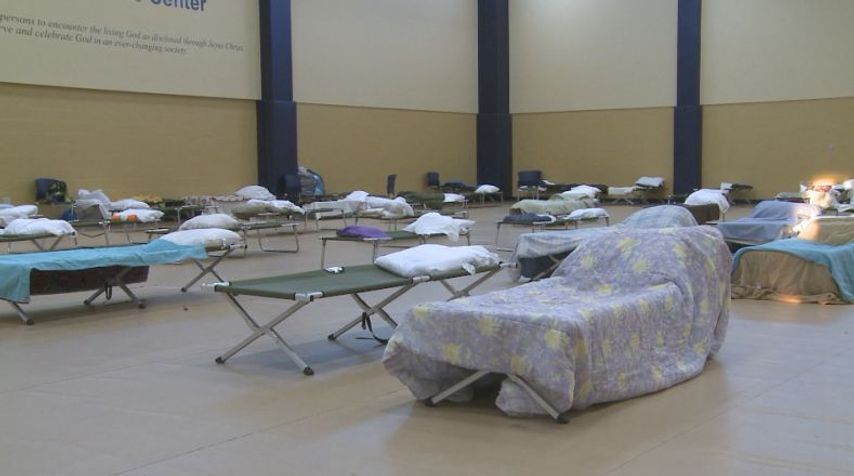 COLUMBIA - Homeless people who have been relying on the Room at The Inn Winter Shelter for refuge from the cold will be looking for an alternative pillow to rest their head on Wednesday.

The winter shelter opened Jan. 1 and was supposed to close Feb. 28, but due to below freezing temperatures the shelter extended its last night to Wednesday, March 5. The shelter's mission is to provide a warm place for the homeless to sleep between 7 p.m. and 7 a.m.

The shelter is in its fourth year of operation. This winter, it rotated between five churches.

"Many of the churches that we are seeing volunteers from were involved in the planning process," Room at The Inn planning team member Debby Graham said. "Most of them said during the planning portion of summer that they would be willing to host Room at The Inn, but they couldn't dedicate part of their building for the entire two month time of the shelter."

From there, the shelter agreed with the location rotation method. Since January, Graham said the shelter has seen around 200 different people come through the door for shelter at night. The shelter houses about 50 people at a time.

This year Graham said the most interesting fact is the age diversity of the guests. The shelter has seen more young people between the ages of 18 and 25 than the shelter has ever seen before. She said at one time or another there have been 40 different guests between 18 and 25.

Wednesday is the last night the shelter will be able to provide warmth for the homeless, and night temperatures are still forecast to dip below freezing.

"Most of these guys will be living back in their camps," Graham said. "Some of them might be able to find a friend who will let them sleep on their couch for awhile. I really don't know what's going to happen to them. You might see more of them downtown, or in camps."

In the future Graham says the shelter's goal is to find one permanent home even if it is a part of another facility that already offers services to the homeless.