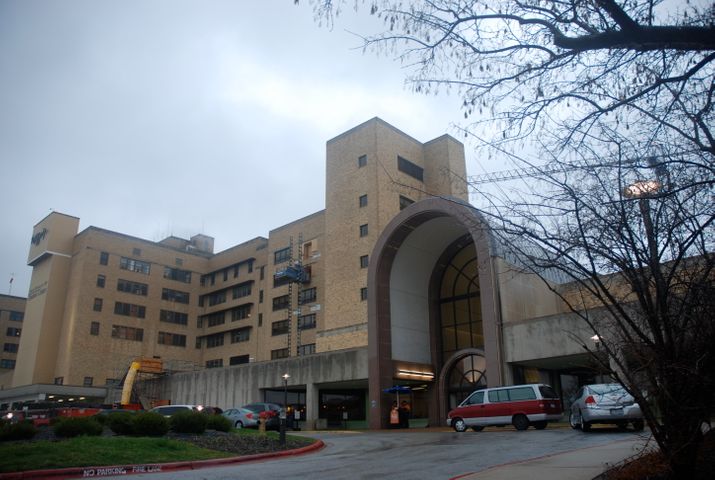 COLUMBIA - According to information from the federal government, patients at emergency departments in Columbia are waiting longer than patients at most hospitals across the nation. (Click here to see wait times on an interactive map.)

One of those patients is Anthony Spates, who went to the University Hospital emergency department when he broke his finger in September. Spates said he waited five hours to see a health care professional.

"My hand was in excruciating pain," Spates said. He would later need to have surgery on his finger. Spates isn't the only Mid-Missourian facing long waits in the emergency department.

The Centers for Medicare and Medicaid Services collects data from emergency departments across the U.S. One of the statistics it collects is the "average time patients spent in the emergency department before they were seen by a health care professional," also called the "door-to-doctor" wait time. The national average for the "door-to-doctor" wait time is 28 minutes and the Missouri average is 29 minutes, but two Columbia hospitals are close to double the national average.

When KOMU 8 News asked emergency department manager Beth Eidson about have a wait time almost double the national average, she could not confidently say she knew about the statistic.

"I think we're aware of all of our data," Eidson said.

University Hospital has a slightly lower average wait time, but is still 12 minutes longer than the national average with an average of 40 minutes.

"The workup actually starts up in minutes, and we can administer pain management," Borenstein said.

But Spates said when he was there, he was declined pain medicine while he was in the waiting room.

"I asked the nurse for any medicine I could possible have to get me over until I was seen, and they informed me that I would not be able to have any medicine," Spates said.

Jeff Ehmke at Capitol Region Medical Center said the long wait times can lead to complications in patients' injuries and can hurt hospitals in the long run.

"Reducing wait times is beneficial for two reasons, number one it gets the patient in to be seen sooner, which is the goal of an emergency department. But the second reason is that it's going to increase the amount of reimbursement that hospitals are being paid as a result from that visit," Ehmke said.

To see how hospitals stack up in other statistical categories, visit the Centers for Medicare and Medicaid Services Hospital Compare website. To see wait times for hospitals around the state, look at the interactive map below.