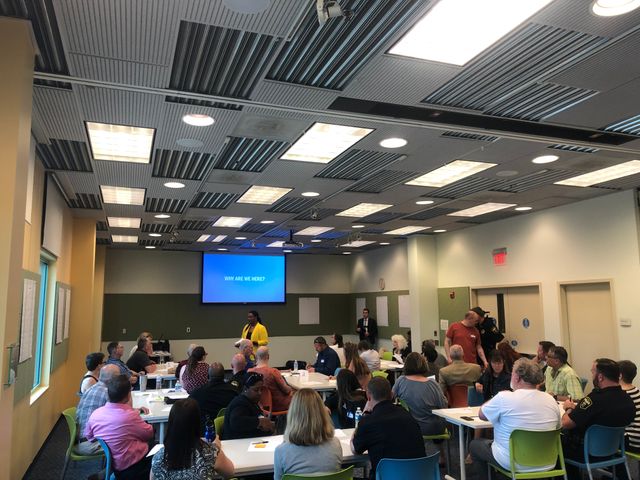 Eight different groups and organizations from the area worked to put on the event aimed at building a stronger relationship with the city's police department.

The event's speaker had attendees look over questions like "What is a key event in your life that has shaped your views about the police and the community?" The evening also included a lecture and group discussions.

Those who came were split into small groups of about six and discussed different statements about the community's interactions with police.

The views varied from "citizens and police do not understand each other" to "citizens are responsible for inciting police with their words and actions."

The small groups discussed the points of view with a partner, their group and then shared their thoughts with the room. Several police officers were integrated into the groups.

One community group member from "Como for Progress" said this push for a better relationship stemmed from bad social media interactions with a former Columbia police lieutenant.

"We presented a letter to the city council, signed on by eight different groups asking them to further the conversation about community policing," said Rebecca Shaw.

The event's speaker said multiple times that "all problems will not be solved tonight," but said this is a step in the right direction.