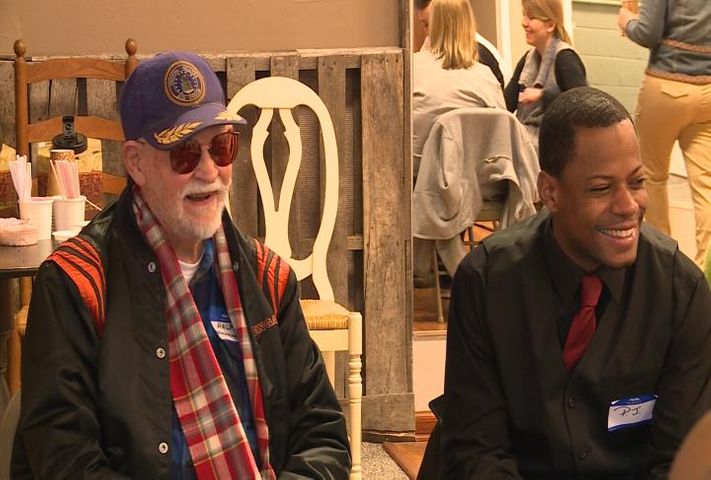 COLUMBIA - Community members gathered Saturday to share stories and discuss issues in Columbia for the People's State of the Union Story Circle.

People's State of the Union is a program organized by the U.S. Department of Arts and Culture (USDAC) and aims to start conversations about "condition of our culture and the state of our union locally, nationally, globally."

Columbia's conversation was hosted at Jabberwocky Studios and included many people who are involved in Columbia's arts and culture scene in various ways. The discussion was led by Tyree Byndom, and about a dozen people shared stories and opinions on a range of topics from race to family experiences.

P.J. Myles is a freelance writer and illustrator who attended the story circle to meet new, diverse people.

"Columbia is an untapped town as far as exposure with up and coming entertainment, networking and educational things," Myles said. "This group today is basically dealing with discussing a lot of core issues among the community and nationally. We're sitting here to network and talk about doing things that hopefully benefit us to move ahead in life."

Myles said it's important to have events like this that bring people of different backgrounds together.

"It's best to have a diverse crowd to be able to speak on core issues, to be able to elevate the mentalities of people as far as the small business owners and political activists like Tyree," Myles said. "It helps people grow."

Story circles are hosted across the country this week. Conversations are recorded, compiled online and will be turned into the "2015 People's State of the Union Address" poem, which will be given on Feb. 1.