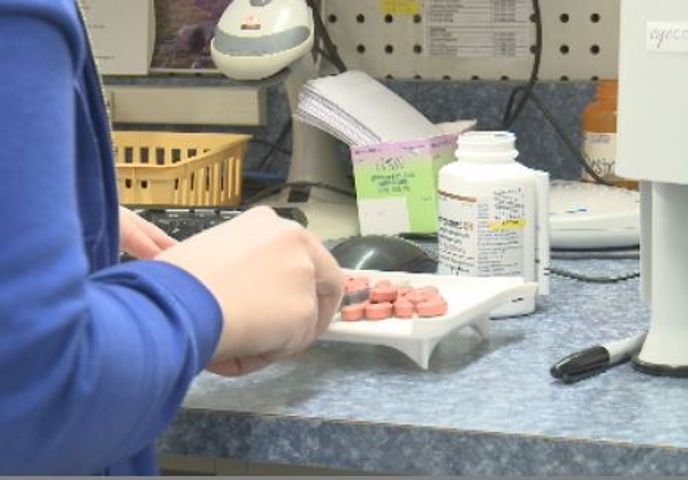 The County's program also allows other municipalities and jurisdictions to use St. Louis' database. Other counties and cities who have already joined include St. Louis City, Kansas City, St. Charles County and Cole County. Jefferson City also voted to participate in the program at its city council meeting Monday night.

According to the ordinance, within seven days of a health care professional prescribing a schedule II, III, IV drug, the patient's information must be added to the database. Eric Stann, who works for Boone County Public Health and Human Services said although pharmacists are required to log information, other health care providers will have the option to participate.

The effectiveness of the program is limited by the patchwork of participating cities and counties. Eric Stann, who works for Boone County Public Health and Human Services said the city or county must be part of the network to use the database. Stann said without a statewide program there will still be some blind spots.

Missouri is the only state without a PDMP.

Opponents of a statewide program cite privacy concerns including Republican Sen. Rob Schaaf of St. Joseph. The opposition has been successful at blocking a statewide PDMP in the last six legislative sessions. There are three proposals floating through the Missouri legislature. One bill SB 74, sponsored by Schaaf, has already passed in the Senate and had its second read in the House of Representatives Monday.

But while Missouri lawmakers debate the details, Columbia officials are moving forward.

"I mean this would be better done at the state level but they have been mired in nonsense while people have been dying," Michael Trapp, second ward city councilman, said. "It's just a long list of the state being absent on critical issues that are meaningful to Columbia residents."

If the state does eventually adopt its own program, the contract includes a provision on how the programs will transition, Stann said. The contract also outlines the costs of joining the database — $26,443.41 for the first two years. St. Louis County is applying for a federal grant that could cover the first two years of the program. But if funding is not approved, the first bill will be due later this year and will be added to the 2018 budget, Stann said

Stan said the health department will present the program to the Boone County Commission next. Northern District Commissioner Janet Thompson said the main purpose of the Commission voting to join St. Louis County would be to show support for the program.