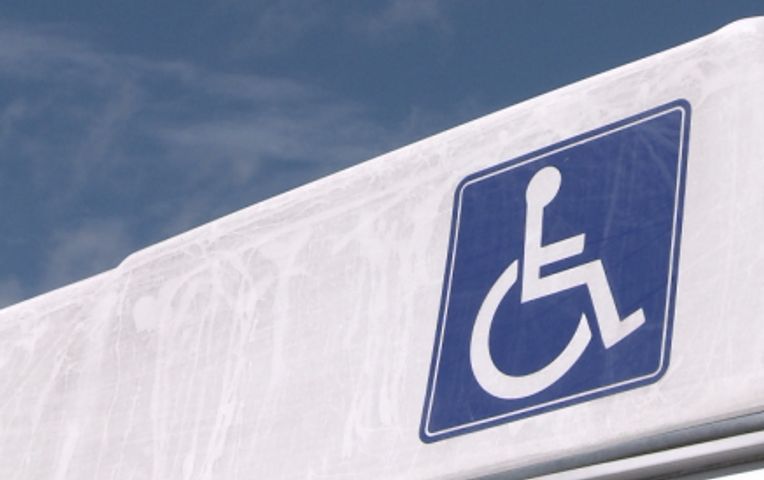 COLUMBIA - Columbia citizens who use a wheelchair have a difficult time finding a ride outside of normal business hours. In fact, there isn't a single wheelchair-accessible taxi cab in service in Columbia right now.

"I mean, to think that people in the faith community can’t get out and go to church on Sundays because there’s no accessible vehicles is stunning to me," said Chuck Graham, the chair of the Columbia Disabilities Commission.

While there are numerous wheelchair-accessible transportation services offered in the Columbia area, such as MO-X and OATS, these services are many times not offered at night or over the weekend. Specifically, Graham said, people using wheelchairs don't have access to these services on Sundays.

The Columbia Disabilities Commission submitted a letter to Mayor Brian Treece and Columbia's city council asking for major changes to Columbia's transportation services. Specifically, Graham said they want the city to offer grants to taxi companies in order to incentivize them to offer wheelchair-accessible services.

“What we’re proposing to the city council is that they provide two ten-thousand dollar grants per year to be able to offer those to taxi companies who would like to use that as an incentive to buy an accessible vehicle and then put that into their rotation," Graham said.

Treece said he's on board with the idea, and wants to fund the initiative through the street closure ordinance he introduced recently to the council.

“We need to make sure that we’re providing those basic services like transportation available to everyone regardless of whether they use a wheelchair or not. I think that’s a basic function of government," Treece said.

The street closure ordinance charges downtown developers a fee for taking up parking spaces during construction. Treece said this is an appropriate way to use the funds.

"I think that could be a great financial mechanism that is directly tied to those who use our sidewalks and streets the most.”

A new taxi-voucher program, aimed at providing transportation for low-income elderly or disabled people needing a ride to doctors appointments, will bring Columbia its first wheelchair-accessible taxi later this month. But the man in charge of administering these vouchers, Central Missouri Community Action's Mobility Coordinator Anthony Nichols, concedes that the program falls well short of providing adequate service for people with disabilities.

“I couldn’t agree more with Chuck. This is a great small victory, but it is just a step. The bigger picture is one of more need, and that need is only going to continue to grow," Nichols said.

The wheelchair-accessible vehicle, provided through ABC Taxi, should be put into circulation later this month. The initiative is funded through the Community Health Fund, which garners $500,000 per year from Boone Health Center's lease with BJC Health Care. The taxi-voucher program will receive $20,000 per year to provide transportation for low-income people, but does not provide ride services for people outside of that realm.