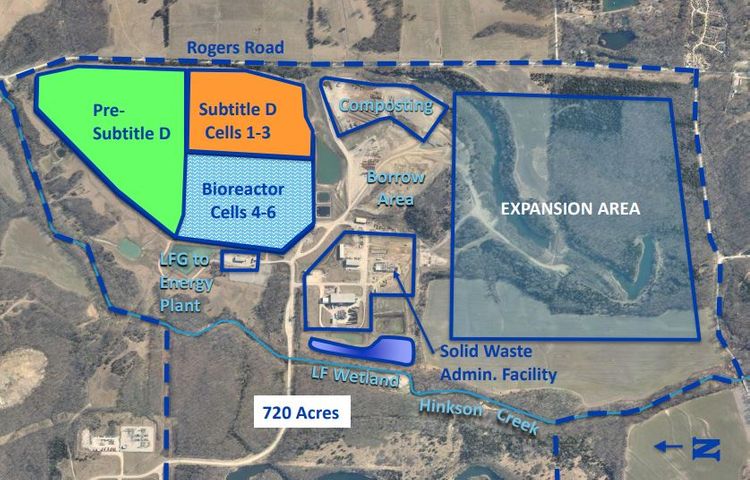 There are only 20 landfills in the state of Missouri. Of those 20, five are owned by city governments, which helps keep residents trash removal services cost low. The rest are privately owned and cities have to pay to use them.

"Keeping it within the city helps us control the cost of the service," Hunt said. "We offer the service at cost. If a private company came in here, most private business's are looking for a profit so the price would go up."

Jefferson City outsources its waste management needs to Republic Services, a private company that maintains a landfill near the city. Columbia's landfill removes waste for $52 per ton. In comparison, Jefferson City charges $64 for the same service.

Hunt said not only will the expansion keep prices low, but it will for years to come. If nothing is done, the landfill will reach capacity in six years.

"Our current landfill is filling up," Hunt said. "At this rate, if we do nothing, it will fill and we will be out of the business and incurred prices will increase."

Columbia's landfill was constructed in 1995 with one original cell, which holds the waste. Since then, the landfill has grown to a six cell site with a bioreactor and energy plant which fuels 1.2 percent of Columbia's power.

"It's important that the landfill serve more than one purpose," Thomas said. "It's encouraging that it gives us power, even marginally."

Waste management staff also predict that the expansion, which would more than double the current area, would also increase the power output by two percent.

Waste Management will return to city council to finalize the master plan in the coming months and hopes to begin expansion by the end of the year.