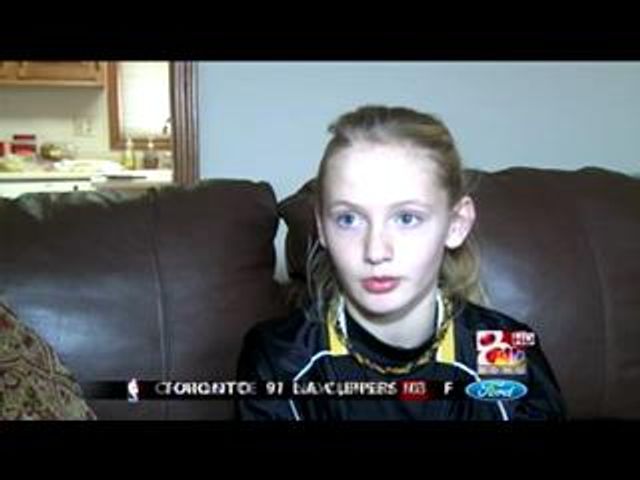 COLUMBIA -- If you were watching last week's NFL playoffs, you may have seen a familiar face. During the Ravens/Texans game, a Columbia native was recognized for an outstanding honor.

Eryn Puett may look the part of an average 9-year-old girl, but it is her success as an athlete that is anything but average.

Last week, Puett won the punt, pass, and kick national championship on the heels of a gold medal in the Junior Olympics this August.

"It was pretty tough, because I had some, I had girls that were right by me, when they were throwing too," Puett said.

It started here, practicing with her dad on a quiet street near Rock Bridge High School.

Don Puett researched each event in order to help his daughter get maximum results.

"Really all I did, was I started picking people's brains, people that did know football. I was out on Youtube, trying to find out things that would help her kick," Don Puett said.

At the end of the day, Eryn just wants to have fun, and her dad agrees that is the best result possible.

"I don't push her in anything. The only requirement I have is, I always tell her, if you're going to do this stuff, do it 100 percent, do it your best. I honestly don't care about the winning, if you're doing your best, eventually the winning will be there," Don Puett said.

Eryn took home gold in the shot put in the Junior Olympics. She also won a bronze in the triathalon.