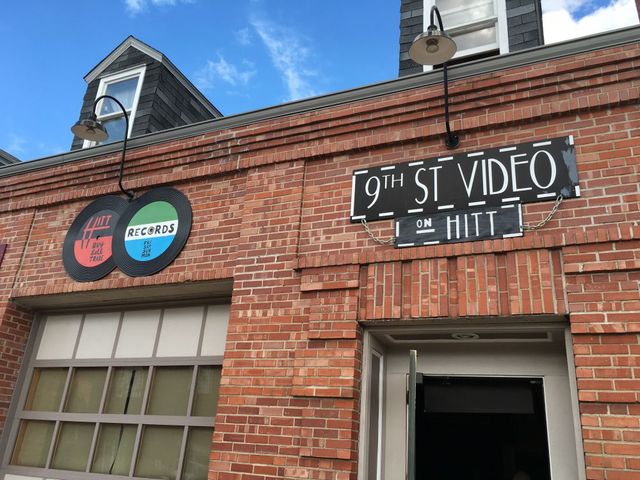 Hitt Records co-owner Kyle Cook said the expansion has been in the works for the past year.

"Demand for records is going up," Cook said. "Demand for video rentals has been gradually eroding away over the last decade or so. The owner of the video store has been planning to basically retire the rental arm for a while now and just go into selling, basically selling off the library that has been amassed here."

Hitt Records had grown too large for its upstairs space, so it made sense for them to expand into the room downstairs when 9th Street Video closed.

Some customers are not happy about this change though.

"I was super disappointed about 9th Street Video closing. I feel like I spent a lot of time there, and there was a lot of movies that you can't find anywhere else," said Scott. "I would only go to 9th Street Video as a last resort if like Netflix or Hulu didn't have it, but there's a lot of good movies that Netflix and Hulu don't have and that I can't buy somewhere else."

"I feel like streaming services are really popular now, so obviously, there were things that I wanted to watch that I could find on HBO or on Netflix," Brown said. "For me, oddly enough, I didn't see a lot of like the really popular movies when I was a kid, so there were some 'classics' that I hadn't seen that I would always rent from 9th Street Video."

Brown said her favorite thing about 9th Street Video was the selection.

"I liked it especially because they had a lot of the movies that came to True/False and a lot of the movies that came to Ragtag, you know, so if you missed something, it was always a really, really great place to find those films that can be a lot harder to rent or find online," Brown said. "I rented a movie there for class once, so that was definitely something. I don't know where I would have found that movie otherwise. It was kind of one of those films that was hard to find. It was for an ancient world on film class, and without Ninth Street Video, I don't know what I would have done."

Cook said he wants to keep the possibility of housing some videos in Hitt Records.

"We've probably spoke with several hundred people that are still interested in renting films, so the idea of having a small, but really well-curated, library of films that aren't available streaming or anywhere else really, I think is a good idea," Cook said.

For now, Columbia residents will have to find other ways to watch films.