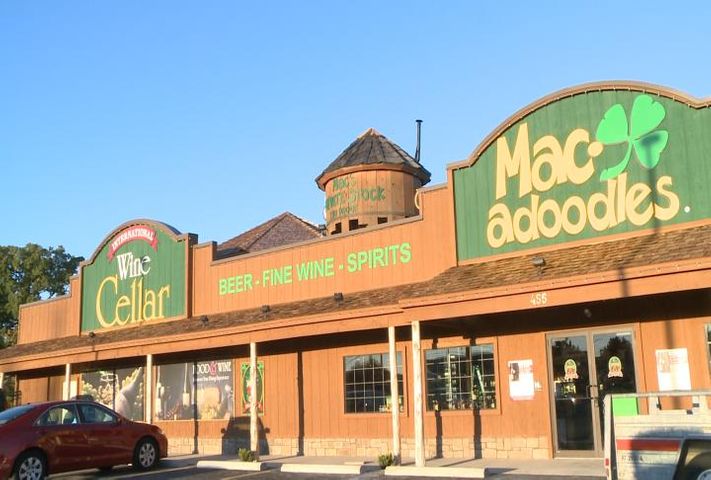 COLUMBIA - Macadoodles Beer, Wine and Spirits is set to open its Columbia location this Friday at 10 a.m.

The store was orginally scheduled to open in June, but after several lengthy delays, Friday marks the grand opening.

Roger Gildehaus, founder and president of Macadoodles, is excited about opening a franchise in Columbia.

"We've been looking at Columbia for a couple of years and we know it's a growing community," he said. "Some of our franchise owners for this store were born and raised in Columbia and it's working out great."

The Columbia location will mark Gildehaus' fifth store. He opened the first Macadoodles in 1997.

Macadoodles offers a wine tasting area, where customers can sample new wines in stock as well as other wine for sale. It also offers a spirits bar that gives customers the ability to sample a particular liquor or mixed drink of their choice.

And for customers who are in a hurry, Macadoodles also offers a drive-thru service.

"The drive-thru allows people to get what they need quickly and without even having to get out of their car," Gildehaus said. "We'll also carry large orders out to customers and load it into their cars."

A gas station will also go in right next to the store, something Gildehaus says creates a convenience for customers.

"If someone is on their way home from work, it makes it easy to fill up and grab a bottle of wine for dinner or whatever they may need," he said.

Gildehaus said opening the store during Mizzou's homecoming weekend will be exciting.

"We're hoping to see a lot of people come to town on Friday and Saturday," he said. "It's going to be a good time."