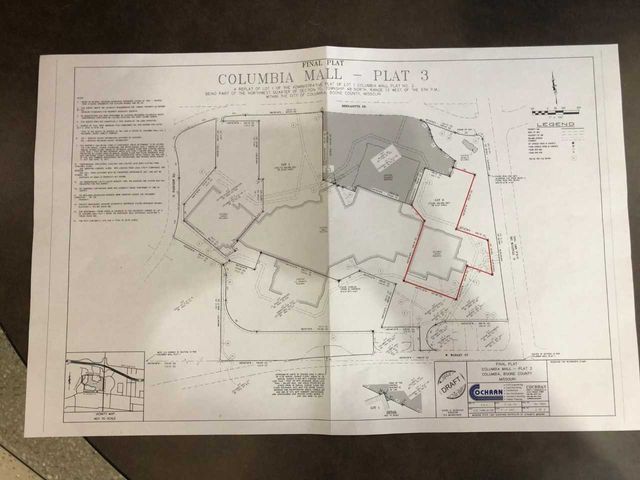 Map from the City of Columbia Community Development Department. The area in red is the proposed 6.6 acre new plat, which includes the former Sears store.

COLUMBIA- The Columbia Mall has found a a potential buyer for the space that used to be a Sears retail store, which closed in July 2018.

Mall General Manager Rusty Strodtman said a specific retailer was interested in buying the space, but couldn't disclose who. Both he and the City of Columbia declined to be interviewed about the matter.

Cochran Engineering recently made a request to the city's Planning and Zoning for the 85,000 square foot space, which the mall owns, to be separated into a 6.6-acre lot and sold.

The mall is currently divided into two lots. Under another proposal, also from Cochran, the second lot would be subdivided into a space that includes the former Sears store.

If the Planning and Zoning Commission approves the request, it could mean the beginning of the process of a new retailer moving into the space.