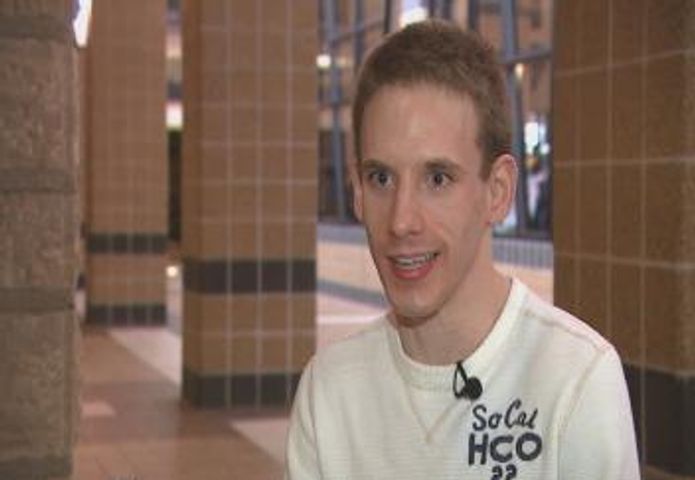 COLUMBIA - According to the National Association of Anorexia Nervosa, eating disorders have the highest mortality rate of any other mental illness.  And in men, the condition can be particularly deadly.  In this Sarah's Story, KOMU 8's Sarah Hill talked with Ryan Branson of Columbia about his lifelong battle with anorexia. Ryan is a senior at MU and when he was 17, an eating disorder almost killed him.  Click the video of his story to the left.

"It was strictly anorexia, I didn't purge or anything. I just saw myself as fat and I hated my body. When people told me I looked skinny that felt good because that was my goal, but it wasn't enough," said Branson who continues to struggle today with the disorder.

ANAD estimates10-15% of people with anorexia or bulimia are males. Ryan was born three months premature.  He's always struggled with his mobility but as a teenager, he also struggled with his body image.  When Ryan was 17, he got down to 80 pounds and almost died.

" We need to get over the stereotype of it being a male disease. Obviously it's not and the number of males suffering from it are increasing and even the death toll from it particularly from not wanting to come forward...I just think it's really important that we realize that this stereotype is killing people who could be getting help."

The University of Missouri will hold events this week as part of a national campaign to raise awareness about eating disorders. It includes a free screening from 10 am to 2pm on Wednesday at the Women's Center in the MU Student Union. If you or someone you know is struggling with an eating disorder, you can call the ANAD Helpline 630-577-1330.  ANAD also has a special email address, anadhelp@anad.org which may be used by those who prefer email instead of phoning.