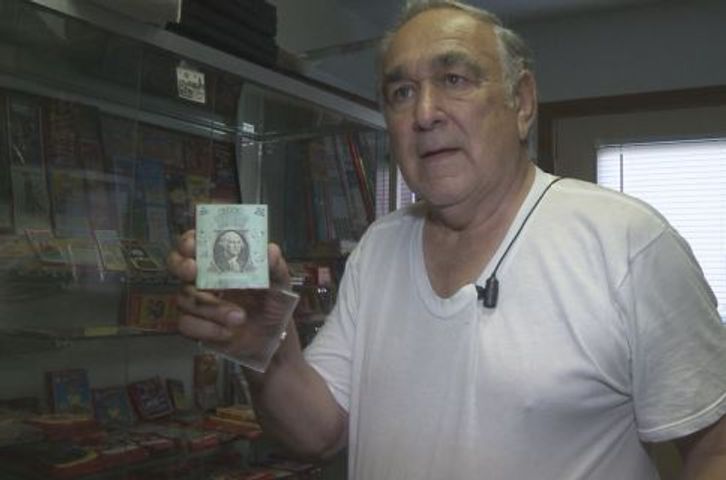 COLUMBIA - Bob Firework's is not typical Fourth of July store. The owner, Bob Gerau, has a unique tie to the holiday.

Tucked away in the corner of his store is thousands of firework collectors' items.

Gerau has been collecting vintage fireworks for the past 15 years and has collected about 10,000 pieces. Together his collection is worth at least $100,000.

Gerau said the prize is not the value in the fireworks or showing off. It's the significance he finds in collecting. He recalls searching for a particular firework for years.

Gerau made his passion for fireworks into a career when he went into the fireworks business 51 years ago.

"I had knew a fella here in town who had a stand, and I talked to him. He told me he made a little bit of money," Gerau said.

51 years ago, his stand made 400 dollars. Now, Gerau said he sells a lot more and has expanded to four stores across mid-Missouri.

"I have in a catalog how many containers come in. You could approximate that off of the amount of fireworks being shipped in. It is a tremendous amount from years ago. It's getting bigger and bigger and bigger."

One employee, Carla Lewis, said it is easy to get excited about Gerau's passion for fireworks.

"It's just really his life and what he thinks about a lot. Of course there's a lot more to Bob than fireworks, but this is one of the things he is the most passionate about," Lewis said.

Gerau said people always ask him when he starts saving money for the fourth. "The common answer amongst all the collectors is on the fifth of July, for next year."