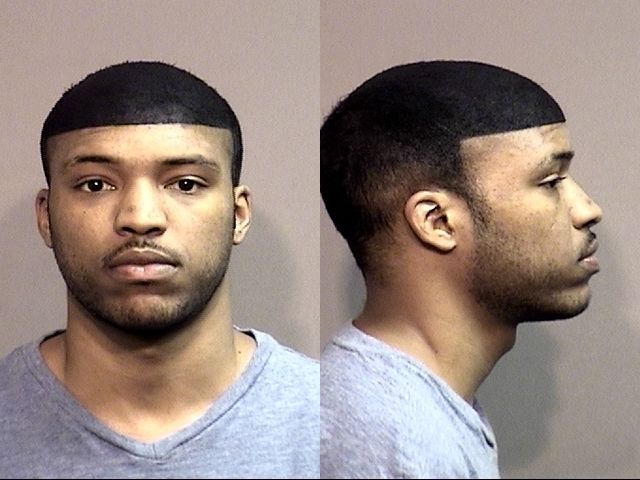 COLUMBIA - A sentencing hearing will enter its second day Thursday for a 27-year-old man found guilty of raping three different women and attempting to rape a fourth.

Johnson admitted to having sex with three of the women but claimed it was consensual.

Knight said, “He was a major drug dealer and we’re going to prove it.”

In court, Knight showed evidence including police body camera video from a disturbance call back in April 2015 at Aspen Heights and multiple text messages dating back from April 13, 2015 to Feb. 19, 2016.

Multiple witnesses were called to the stand, including one of the victims.  Johnson’s mother, Norma Chapman said the woman was dating her son for over a year.

Chapman, said prosecutors are unfairly trying to paint Johnson as a deviant. She said he will appeal the conviction.

"Mr. Knight is doing an overkill,” Chapman said. “OK, he's already got my son convicted, which of course we're gonna appeal and try to get it overturned because there was a lot of errors in this trial. And just based on the errors is what we're going to work with. But right now he's trying to paint him as some deviant, which is most definitely not true.”

Chapman said no crime was committed.

"I don't understand where it's coming from cause you drink a pitcher of long island ice tea, you snort cocaine, you, some other drugs that she has done,” Chapman said. “You on your own volition walked around to my son's apartment and then wanna say that there was some crime.”

“My son’s attorney failed to protect his innocence of the alleged trumped up charges of assault, rape, sodomy and other mischaracterizations," Chapman said. “The police investigators used their power to influence or misdirect the women he obtained from Joanthony’s phone.”

The sentencing hearing will continue on Thursday at 8:30 a.m.