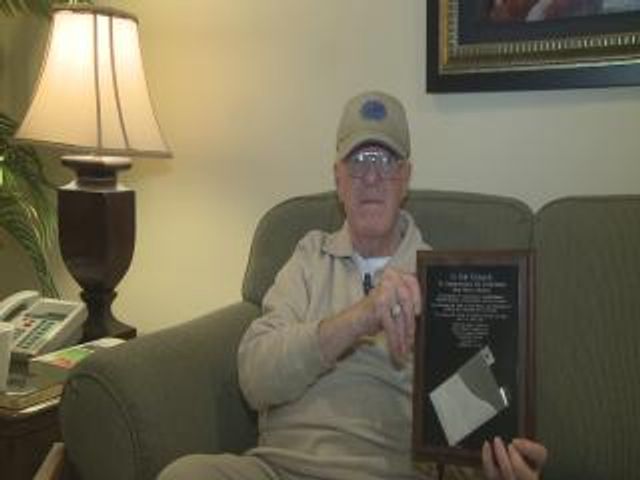 COLUMBIA - A man who helped power U.S. space exploration lives right here in Columbia. His biggest contribution came when spacecraft were having problems with batteries.

At his first launch in Florida, Richards noticed something wrong with the batteries.

Bob Richards said, "They weren't gonna make the launch the next day if they used them without me reconditioning them."

Richards said he told the launch officials during their practice countdown, the batteries' charge would fall between 745 and 740, too low to make the launch.

Richards said the president of the company then took him to the test facility to see if Richards was right, and the engineers reported the voltage in the batteries was 742.

When the voltage in the batteries dropped, they had be be recharged, and Richards discovered that the batteries built up pressure during that process, and that pressure caused them to catch on fire.

He said he made some adjustments that allowed the batteries he used to last for years without recharging, which prevented the pressure buildup.

NASA and other aerospace engineering firms still use variations of his design today.

Richards worked in the aerospace engineering industry for 25 years.

He estimated that during his career he was present for and assisted with more than 30 separate launches.

His batteries even helped power the Mariner 4, the first spacecraft to take close-up photographs of Mars.

Richards said he likes to brag that, thanks to his battery, he "worked for seven different companies. Each one got me from the last with a 20 percent pay raise."

Despite working with legendary figures like Chuck Yeager, Richards said he never had any dreams of going into space.

"Absolutely not," Richards said. "That's something you have to be adapted to in your life."

When he retired with his wife, they came to Columbia to live closer to her family. When she died last year, Richards decided he liked Columbia too much to leave.