Columbia Man Killed After His Car Flew Into a Pole 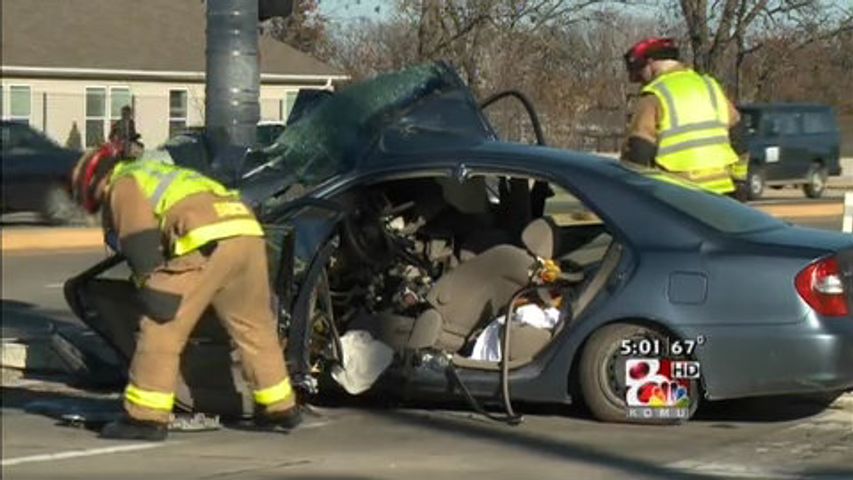 COLUMBIA - A Columbia man is dead after a car accident Sunday afternoon at the intersection of Grindstone Parkway and Rock Quarry Road in Columbia.

Gabriel Watkins, 27, was traveling east on Grindstone Parkway nearing Rock Quarry Road around 2 p.m. Sunday. Watkins' vehicle left the roadway for an unknown reason and hit the raised concrete curb approximately 200 feet before the intersection. The vehicle straddled the curb for a short distance before going into the grass shoulder. The vehicle returned to the roadway into the Rock Quarry southbound turn lane. The car went airborne for a short time after hitting the raised triangle median in the intersection and collided with the signal pole and concrete base. Airbags deployed on the collision.

The Columbia Fire Department worked to extricate Watkins as he was pinned by the steering column. He was transported to University Hospital with life-threatening injuries, where he was pronounced dead 3:02 p.m. Sunday afternoon.

Watkins was not wearing a seatbelt. It is unknown what caused the vehicle to leave the roadway and the accident is still under investigation.