Columbia Man Pinned to His Bed by a Fallen Tree 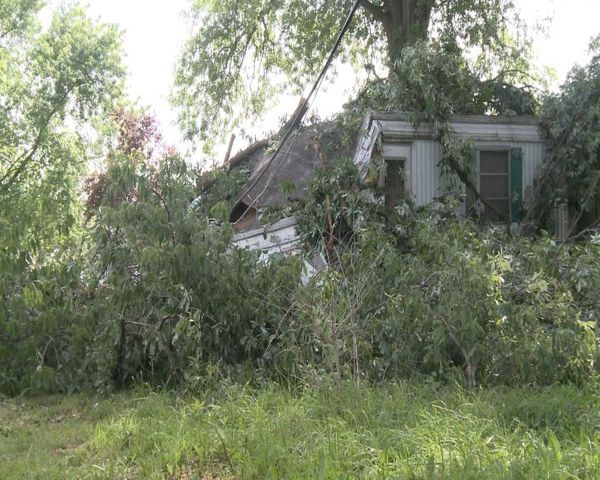 COLUMBIA - A Columbia man woke up to a tree and an electric pole pinning him down to his bed Wednesday.

Cheston Fox was asleep in his mobile home at 4150 Lenoir Street when severe storms knocked the tree down into his room around 4:30 a.m. He was trapped from the waist down but remained conscious.

The Columbia Fire Department and the Boone County Fire Protection District both responded. Due to weather conditions and the position of the trailer, responders took about an hour to get Fox out.

"They were shocked I was still alive," Fox said. "They cut the bottom of my trailer and my bed apart and pulled me out."

Using saws, pry bars, and hydraulic rescue tools, fire teams worked together and removed him from the scene safely to get him to University Hospital.

Fox said he underwent X-rays on his hip, back, and legs, but is fine other than bumps and scratches.

The same tree went through the bedroom wall of Fox's neighbor, Lisa Fisher. Fisher got out of the room before the tree hit. She said the whole incident sounded like a freight train.

"As soon as I got out of my room, it collapsed," Fisher said. "Things started to fall on me and I just ran."

Fox and surrounding neighbors said they don't know what they are going to do to repair their trailers. Crews have been working all morning to replace the broken power lines and said they plan to restore power before the end of the day Wednesday.