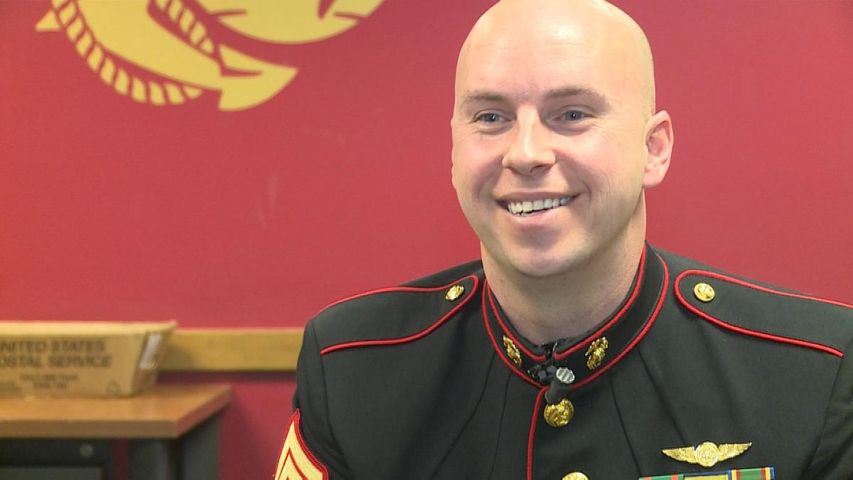 COOPER COUNTY - Columbia local Steve Whitaker said he knew when he saw a car accident last week that whoever was driving the car was going to need help.

"I didn't even think about it," Whitaker said. "It was just second nature to see if anyone needed help."

A witness said the car spun out of control and flipped. Charles Yelm, the driver, is awaiting trial in the Cooper County Detention Center after fleeing the scene of that accident.

"He almost pushed me off the road several times that day," Allison Drooley, said. "I looked back behind me after I passed him and saw his car flipping over."

Whitaker said the driver was lying in the fast lane at the scene of the accident, near mile marker 90 on I-70.

"I pulled him out of the road and got him standing in front of my car," Whitaker said. "He told me not to call 911. He said he didn't want to go back to jail."

Whitaker said that's when he noticed the driver was clutching a bottle of whiskey.

"From my training as a Marine, I could tell that he was intoxicated," Whitaker said. "He couldn't process a sentence, couldn't walk straight, or speak clearly."

"He said, 'are you gonna screw me over and send me back to jail?'" Whitaker said. "At that point, he began stumbling down the nearby embankment."

Whitaker said he saw Yelm approach a nearby home.

"I followed him, just because I didn't know what he was going to do," Whitaker said.

That home belongs to Kenneth Lammers, who said he was originally worried that Yelm was injured.

"He was lying between a bush and my front door," Lammers said. "He got up then and told me he didn't want to go back to jail. I asked him if there was anyone he wanted to call, and he said no."

Yelm then entered the Lammers' home.

"When I walked up to the house, I saw him in the laundry room," Whitaker said. "So I tried to open the door, but Yelm held it shut."

"I introduced myself to the couple, let them know I was a Marine," said Whitaker. "I made sure to put myself in between them and him in case he was going to try anything."

"When I told him the ambulance was waiting for him, he left the house and went straight the opposite way."

Highway Patrol eventually caught up with Yelm, who is scheduled to go to court next week. In court filings, Yelm is charged with attempted assault and property destruction from the same day. Prosecutors could still file more charges.

Lammers said while he didn't think Yelm was dangerous, he's glad Whitaker was there.

"I thought that I could probably handle him, you know, in the state he was in," he said. "But it sure made me feel a lot better to have a Marine there."