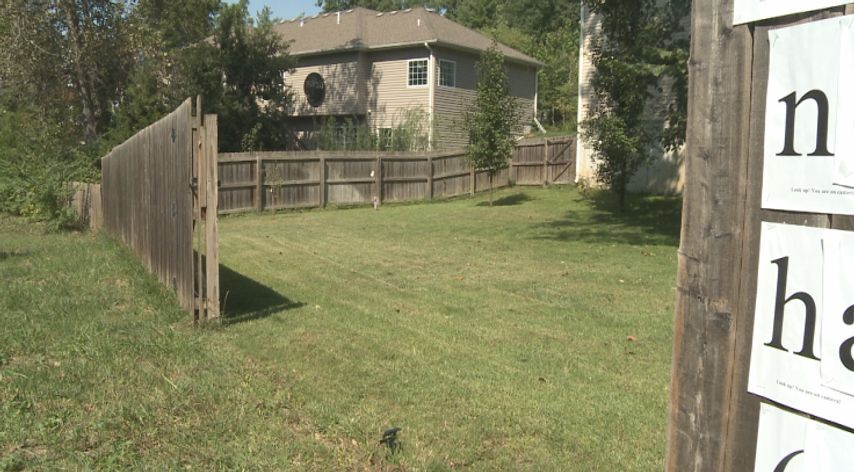 COLUMBIA - Columbia resident Gui DeSouza had a sign on his fence reading "Having insurance is not the same as having State Farm (or having a fence)." The sign was attracting attention along Forum Boulevard, as well as from State Farm insurance and the Woodrail Neighborhood Association.

"I put the sign on the fence very late on Thursday, July 28. I think it was late Thursday, and Friday by noon or 1 p.m.," DeSouza said. "I had four messages on my voicemail from different agents and people that I've never talked to."

A car accident last April on Forum Boulevard left DeSouza's fence missing around 12 feet of wood. The driver is insured by State Farm auto insurance. DeSouza submitted two estimates he received from James Fencing to State Farm for fence repair. One estimate would replace the six feet of missing wood for $350 and the other would replace the whole side of the fence for $1200. DeSouza said the only option he would accept is replacing the whole side of the fence because he didn't want mismatched color in the wood.

"I explicitly said I do not accept the options for the two sections because it's not going to look nice," DeSouza said. "It's equal to fixing a car and not matching the color of the car to the rest of the body."

The owner of Leslie Fencing in Columbia told KOMU 8 News that with most fence replacements or repairs, the new, non-waterproofed wood that would go in the gap would weather to match the older wood in about two to three months.

After several e-mail exchanges, State Farm sent DeSouza a check for $350 to replace the missing fence, but DeSouza refused to deposit the check. State Farm representative Jim Camoriano said the company will not release information about a customer's private claim, but hopes to resolve issues with the homeowner and has made payment for the damage.

A 13-year MU professor of insurance law said in this case, DeSouza is asking for too much.

"This is not normally an insurable event, they said they would repair the fence and if that's what the contract calls for, ‘repair,' that does not mean aesthetically it looks exactly the same. That's too much," Walter Phillips said.

Phillips went on to say to prevent confusion over what types of repairs are covered, consumers should look over their policies closely to see whether aesthetic needs are covered in collision cases. And in this case, it's actually the driver's policy that covers the damage.