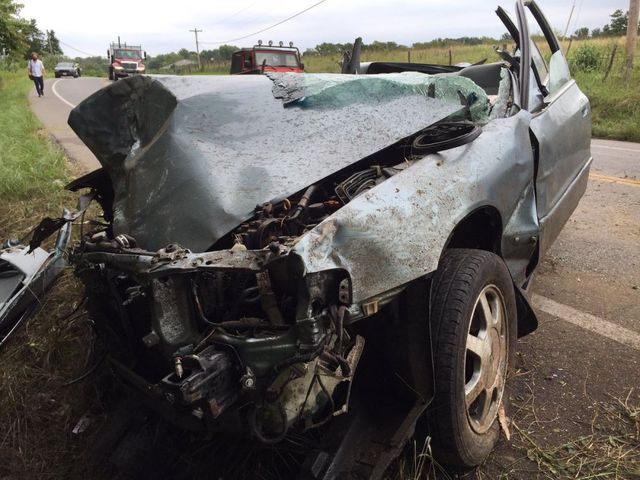 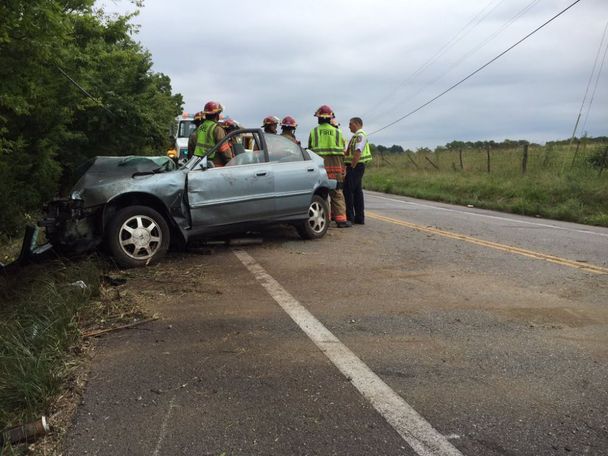 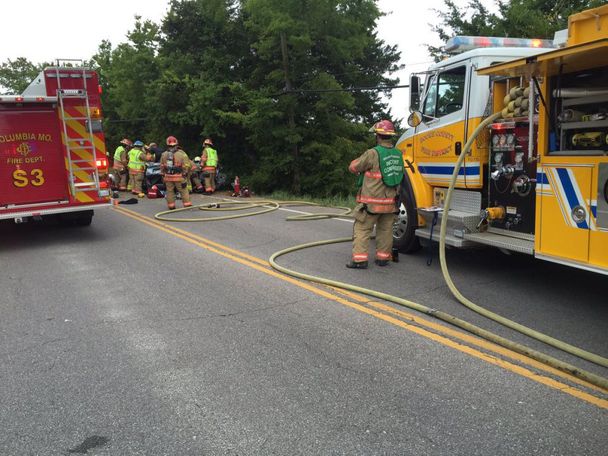 COLUMBIA - One man was seriously injured Tuesday in a crash at the intersection of Bethel Church Road and Route K.

Firefighters had to remove the roof of the car to get the trapped Scott Benson out. Gale Blomenkamp, Boone County Assistant Fire Chief, said the man had a broken leg and a cut on his head.

"He was counscious when we pulled him out of the vehicle but he's got a road to recovery ahead of him," Blomenkamp said.

Benson was taken from the scene in an ambulance.

The car hit trees before stopping.

"Most of the damage was on the passenger side because that's the side that the trees were on," Blomenkamp said. "So, after he made contact with those trees and then popped back up on the road, that's where he ended up."

Blomenkamp said investigators are looking into whether the driver was connected to a rear end collision that happened a few minutes earlier at the intersection of Providence and Nifong.

(Editor's Note: Story has been updated with the driver's name.)