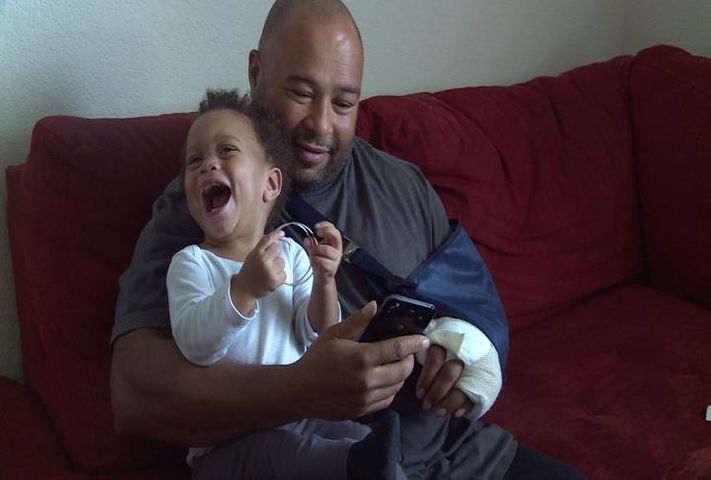 COLUMBIA - A Columbia man said he understands the expression 'no good deed goes unpunished' after being arrested for burglary and other offenses. He said this shouldn't be the case.

"Upon arrival, deputies conducted an investigation and were told by people inside the house that an individual they did not know, came to the house, forced his way in and struck one of the people in the house with a pistol," Detective O'Sullivan said.

The report said William Harper tried burglarizing a home and struck the resident with a hand gun. The resident shot Harper, and emergency responders took him to the hospital where deputies arrested him for third degree assault, one count of first degree trespassing and unlawful use of a weapon.

According to Harper, he feels unjustly accused for things he said he did not do. Harper denies having a handgun or striking the resident.

KOMU 8 News sat down with Harper to talk about the incident. During the conversation, he said the morning of the shooting he was trying to check on a friend named Randy, who left Harper a voice mail explaining he had been jumped. Harper went to check on his friend at the Rocky Ford Drive residence, where he was met by the resident.

"I asked if Randy was here, and they said 'no man,' with a rude demeanor," said Harper. "I asked, 'What's going on?' And next thing I know, this guy comes up from behind from this other guy and starts shooting at me."

Harper was shot in the arm and is now wearing a cast. He also has a gun shot wound on his left side.

"I didn't even realize it had grazed my rib," Harper said. "I just took off and ran for my life."

"All this for knowledge I knew nothing about," said Harper. "I just wanted to check on my friend."

Harper said he later learned the residents he encountered were the same ones that had jumped his friend.

Harper has a one-year-old little boy and said this whole incident has impacted his life and career.

"I've lost my career, this portrays me as the villain," said Harper. "I got shot and went to jail and trying to take care of him [one-year old] with one arm now."

Harper said he believes he was outnumbered because of the amount of statements given from the people inside of the residence versus his own.

"When I was arrested, the deputy said there was five witness statements, and they all say the same thing," said Harper. "But he said there's a lot of problems with that house but said he couldn't go into detail."

Detective O'Sullivan said the resolution in this case will come in court.

"All we can go by is the evidence and the statements from the people at the house," O'Sullivan said. "It's for a judge and a jury to decide."