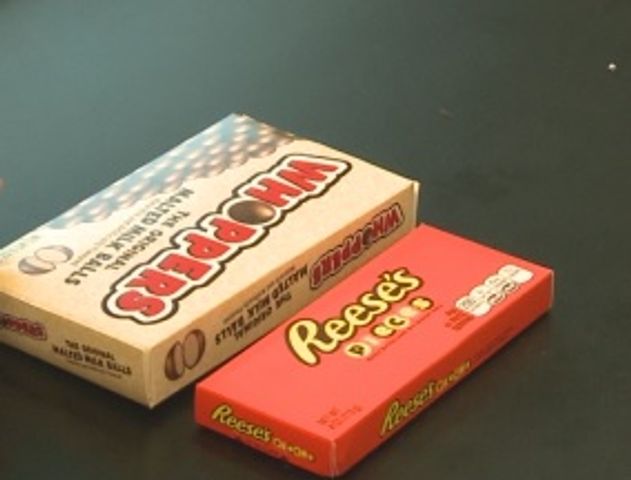 COLUMBIA - A Columbia man is fighting the Hershey Company in federal court for allegedly under-filling two of its candy boxes.

The lawsuit says, "Consumers were denied the benefit of the bargain between what was represented and what was received."

Bratton alleges the products are uniformly under-filled. In an example, he said Whoppers containers are only about 59 percent full, Reese's Pieces containers were about 71 percent full.

The lawsuit, filed last year, claims Hershey's "deceptive and misleading conduct" violates the Federal Food, Drug and Cosmetic Act and the Code of Federal Regulations, and is therefore unlawful.

Bratton is seeking monetary damages in the class action suit.

Hershey responded to the suit by trying to get it dismissed, but so far the company has been unsuccessful.

The candy company said in a response  that the packages in question clearly disclose the net weight and quantity of candy inside, and are therefore not misleading.

Hershey also said consumers are well aware that all commercial packaging contains some empty space, and would notice the empty space in the boxes immediately upon picking the items up.

Such civil action lawsuits against candy companies are not uncommon.

According to The Today Show, nationwide class action lawsuits allege the companies are under-filling candy boxes.