Columbia Man Turns Life Around & Gets Award of Excellence 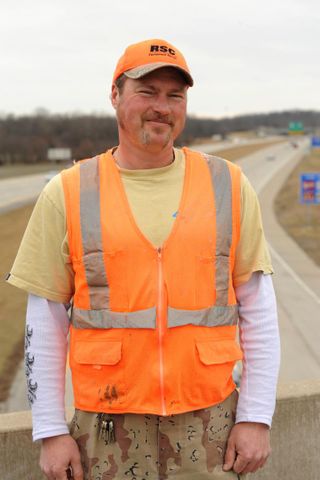 Recently, Job Point awarded two individuals with Awards of Excellence for finding employment even when the odds were stacked against them. In this Sarah's Story, meet Scott Smith who in his words says "you can only look down for so long.  At some point, you have to look up. "

Scott Smith is helping Chester Bross Construction build a new highway and in his spare time, he plays drums in a band.  In 2004, Smith's life took a turn down a road he didn't see coming.

"A lot of built in triggers I guess you could say caused me to do a lot of bad things. I went into the drinking and the drugging for several years. I fell on my face and stayed on my face till I got charged. I spent three and a half years in prison and I walked out the man I already was but refined I guess you could say. My low point was when I walked out of prison and had nothing but two loving parents."

Smith also didn't have a job.  He turned to Job Point and MODOT's Highway, Heavy Construction Program to build a different path.

"Finding a place to train you is tough so CBY and Job Point gave me a great opportunity to learn a trade," said Smith.

Within a month, Chester Bross Construction promoted Smith to an erosion control specialist.  He successfully completed his 7 year parole.  He's rekindled his love of music and rebuilt his life.

Laura Gregory also received an Award of Excellence at Job Point's recent awards banquet. Her story will be featured in a Sarah's Story on the March 12th U_News @ 11 newscast and the KOMU8 News at 10 pm newscast.