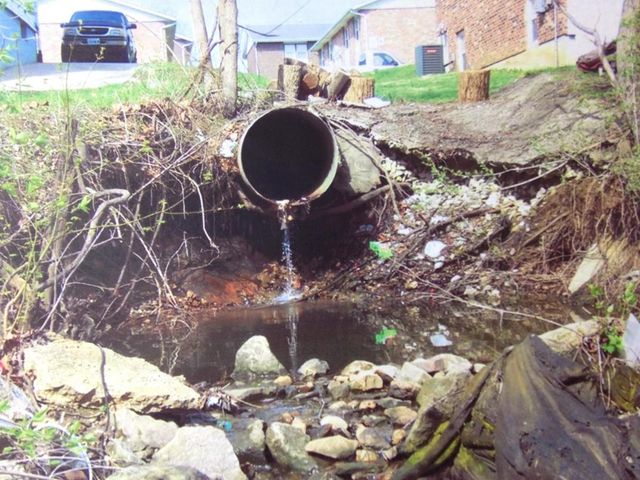 COLUMBIA - The city of Columbia wants to collect additional funds to rebuild or fix its stormwater system.

John Glascock, director of the Public Works Department, said some stormwater drains are 50 years old, and need to be replaced. Many underneath pipes cracked, deformed and have fallen apart. Some streets have even failed because of it. He said Columbia has had the problem for years.

Josie Sullivan, an artist and creativity life coach, said she and her house have suffered from the failing system since she moved in on Ash Street in 2005. She said when it is raining, the water comes in from the street to her driveway, and seeps right back into her basement. She bought the house for the basement to be her studio, but often cannot work there at all.

"Most people store things in their basement. This is a workspace for me, and I needed it to be a workspace. I love this house; I love the history of the house. I love the neighborhood; I love my neighbors. The only issue I have is the storm drain problem," Sullivan said.

Pat Fowler, president of the North Central Columbia Neighborhood Association, said her community had stormwater problems for years. Heavy rains always result in flooding along the streets and into basements around the neighborhood, especially on Ash and Hubbell Streets.

Glascock said his department always wanted to fix stormwater problems, but it didn't have enough funding.

The department funding comes from the stormwater utility fee that citizens pay monthly on their utility bills. It averages between 85 cents and $1 a month. The fee generates about $1 million a year.

Recently, the department finished a drainage project near Sexton Road and Garth Avenue. It cost between $1.5 to $1.8 million, almost two year's worth of funding.

Glascock said his department tried to raise utility fees to collect more funding a few years ago, but it wasn't recieved well.

The department aims to put this on the ballot in either August or November. The director said more construction would start almost immediately according to priorities, if the tax passes.