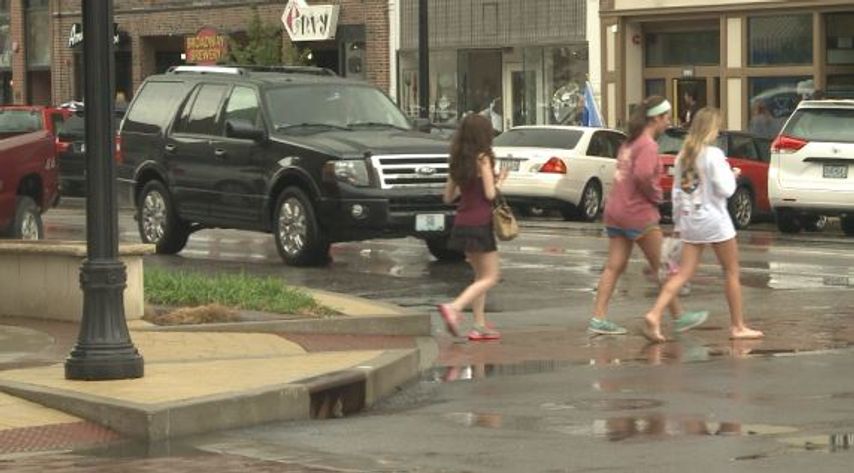 COLUMBIA - Four pedestrians have died and four have been injured in Columbia since October 2014. In response to the uptick in accidents, Columbia Mayor Bob McDavid has implemented a task force to get those numbers down.

At a news conference Friday morning, Ward 1 city councilman Clyde Ruffin explained why he's involved with the task force and why the initiative is important to him.

"Many of the pedestrian injuries have occurred in or near the ward 1 boundaries," Ruffin said. "That sends a resounding message that something must be done."

Councilman Ian Thomas and Columbia Pedestrian and Bicycle Commission chair Brant Kassel will also lead the task force alongside Mayor Bob McDavid. The task force will meet for between 6 and 12 months to address the issues.

Thomas said there are four main goals of the task force, what it calls the "Four E's." The task force will evaluate what issues are causing these pedestrian accidents, educate the public on pedestrian safety, enforce pedestrian responsibility on the roads and engineer safer streets in the city.

"What's really important is that the community understands that city officials are not standing by and looking the other way as nine people are injured or killed in serious pedestrian collisions," Thomas said.

At the news conference, McDavid talked about upgrades to certain crosswalks, including the flashing crosswalk near Columbia College. McDavid said many people, especially if they are not from Columbia, don't know they need to stop there.

"I've had cars that, as soon as we step off the curb, they still pass us," Pitman said.

The task force is expected to have about 15-17 members, and will report its findings and recommendations to the city council.