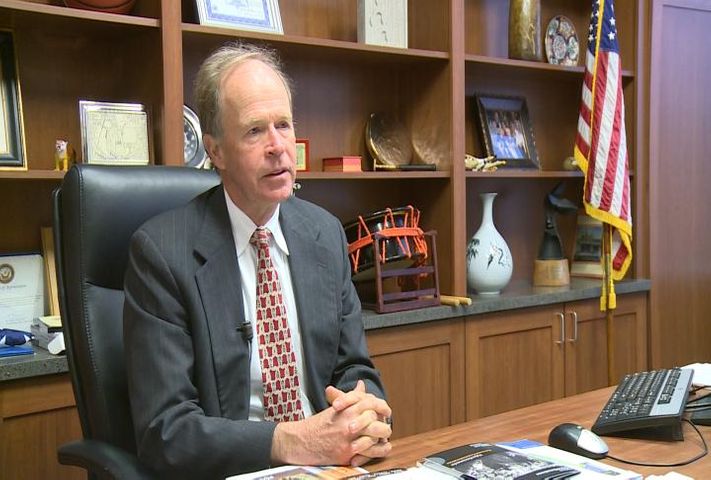 COLUMBIA - Columbia Mayor Bob McDavid told KOMU 8 News Friday he has confidence in IBM to meet its commitments to the state and the city after it laid off workers at its Columbia facility on LeMone Industrial Boulevard earlier in the week.

Despite the layoffs, McDavid said he assumes IBM is making good on its promise to provide 600 jobs in exchange for more than $30 million in state and city incentives, despite the company's refusal to release job numbers.

"I haven't seen any reports, but I have to presume that they've met those targets," McDavid said. "I have no way of knowing how many employees are out there."

Lee Conrad, national coordinator for IBM employee union Alliance@IBM, told KOMU 8 News Friday he is still unsure exactly how many employees were laid off this week.

McDavid said the layoffs did not take him or the city by surprise.

"I've been aware for the past several weeks of talk in the financial media about impending job cuts at IBM," McDavid said.

The mayor said, despite the layoffs, he believes IBM will be in the city for decades to come.

McDavid said he has not had any formal discussions about the layoffs with City Manager Mike Matthes or city council members.