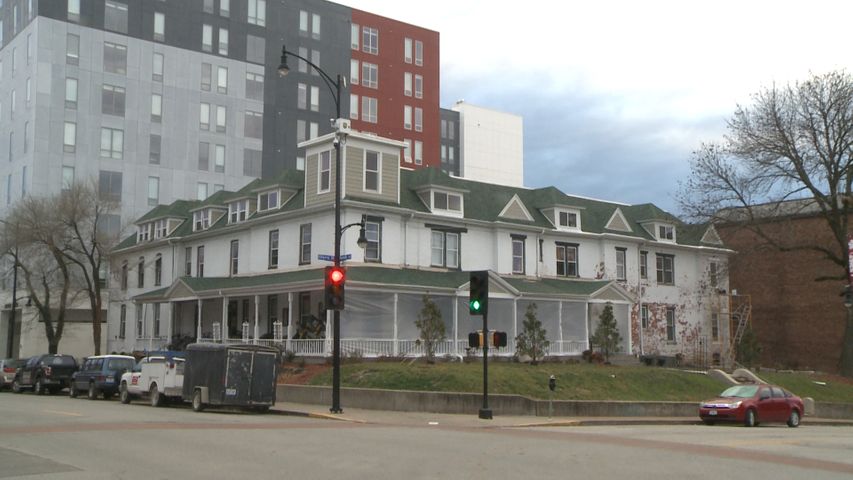 COLUMBIA - Mayor Brian Treece was on hand as the owners of the Niedermeyer Apartments, the oldest building in Columbia, celebrated the historic building Friday.

The event brought past and present residents of the building together to celebrate with the community.

Mayor Treece addressed the crowd, focusing on the rich history of the building.

"People wanted to take Columbia's oldest building and make it Columbia's tallest building," Mayor Treece said. "And if there's any reason that I ran for mayor, it was to save the Niedermeyer."

The building was slated for demolition in 2013 before it was purchased by an investor with the intention of preserving it.

Since then, the building has undergone a series of renovations to ensure the safety and livability of the property.

"My parents have always lived in big Victorians," Linda Libert, the manager of the building, said.

Libert and her brother took part in renovating the building.

"With seven kids, it made us renovating this, we're going to fix this up or fix that up, so we already had that in our heart," Libert said.

The building was built in 1837, predating MU. The building reportedly housed union troops during the Civil War and served as a hotel before becoming Niedermeyer Apartments in 1921.