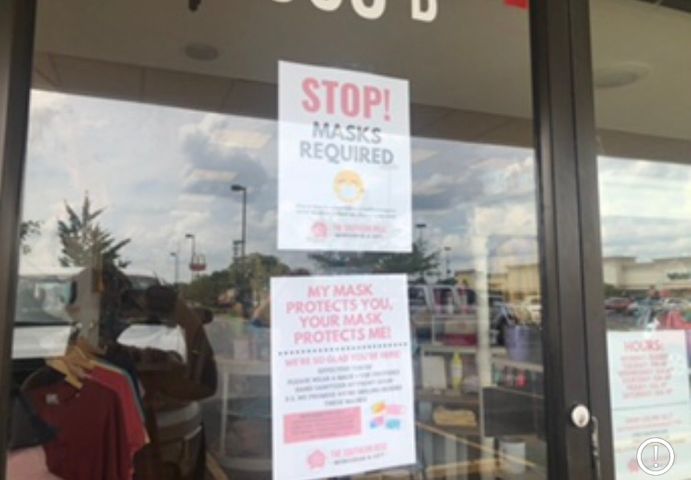 COLUMBIA - Mayor Brian Treece said the mask ordinance that went into effect last Friday has been an overall success.

“I think this ordinance was an opportunity to set a community expectation, that Columbia is a place where we value public health,” he said.

Columbia/Boone County Public Health and Human Services assistant director Scott Clardy said there have been 32 complaints —but that for a city the size of Columbia, that’s pretty good.

“Where there was cause we’ve done some good education there and explained to people that it’s a requirement and they have to wear it and their employees have to wear it. That seems to have worked, so it’s not too big of a problem so far,” Clardy said.

Treece said the goal is to improve mask usage, even if it’s not to 100 percent.

“I look at the Goldman Sach’s study that showed... if we can improve mask usage by just 15 percent, if 15 percent of the public would wear a mask, we could change the trajectory of this disease and we could save 5 percent of our economy. I think in Columbia, Missouri we’re going to do better than 15 percent.”

Treece said the feedback he has gotten was that Columbia is closer to 90 percent in grocery stores and large retailers.

He said business has picked up in downtown bars and restaurants that are enforcing the policy.

“The public is responding enthusiastically to this, they want to know: are you enforcing the mask ordinance? Do your employees wear masks? If they answer yes, they say ‘great, we’ll be down, we’ve been waiting for this,’” Treece said of local businesses following the ordinance.

Treece also said the ordinance will improve the economy and provide a better chance of schools being allowed to open back up in the next few months.

For more information on details of the ordinance or who to call to report a violation, visit this FAQ page.