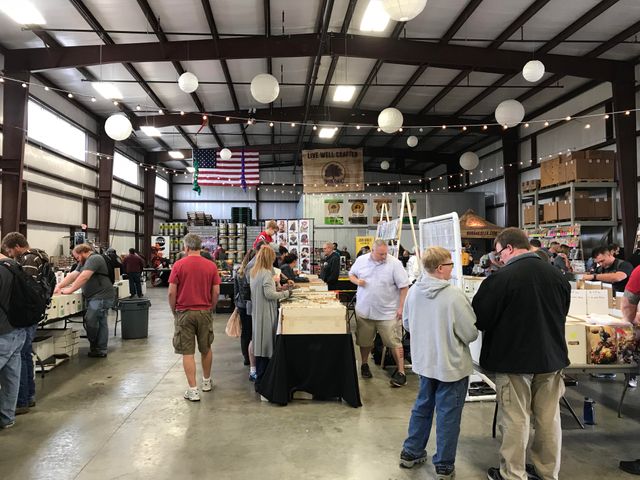 STL Comics came in from St. Louis to put on the event. The owner said this year's event was much larger than last year's.

Meyer was very pleased with this year's pull of vendors, which featured names like Baldermar Rivas and Kyle Strahm who have worked on Hellboy and Teenage Mutant Ninja Turtles respectively.

Meyer also spoke about Columbia needing more events like this to strengthen its local comic scene.

"I think its a good sized city that was majorly underserved when it came to this type of event," Meyer said. "I feel like we were filling a void for the people, the collectors here."

Meyer believes events like this will create new readers in mid-Missouri.

"Kids 10 and under are free, we want them in here. New readers, that's what's great for the industry," Meyer said. "To keep growing and keep it flourishing."

Meyer said the reaction he gets out of the guests at his cons, which he does around the country, are why he keeps doing it.

"I walk through the halls here and someone thanked me for putting this on. That's why I do it," Meyer said.

Comic artist Kyle Strahm, from Kansas City, wasn't at the Micro-Con last year but said he's very glad Meyer got him to come to Columbia for this year's.

"I think it's great. I've never done a con in a brewery before, I think it's a lot of fun," Strahm said. "It's definitely a change of atmosphere."

Strahm has been drawing comics since he was a kid, and working in the industry for 10 years. As a kid he liked to read the Ninja Turtles comics and now as an adult he is drawing them himself.

"What I didn't expect was I was like, 'Wow I got to make this one extra good.' So there was a little barrier in my head that I had to get through," Strahm said. "But I was happy with it and it was fun to work on."

"I had no idea how to get into comics until I started going to conventions. That's where I met everybody," Strahm said.