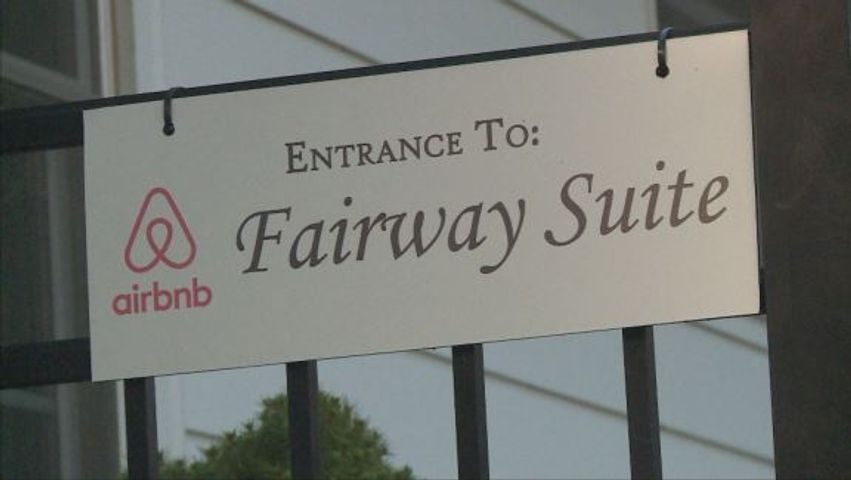 COLUMBIA – Columbia may add a tax to Airbnb and similar services to generate income.

The Columbia Convention and Visitors Bureau will produce a report recommending the city council change its definition of accommodation services in the city’s lodging tax ordinance to include any number of bedrooms.

Currently, accommodations with 12 bedrooms or more are required to charge the lodging tax, which is currently a five percent rate charged to guests at hotels and motels.

The tax is used to fully fund the bureau and was recently raised 1 percent to upgrade Columbia Regional Airport with the Airport Terminal Improvement Project approved by residents last August.

If the Columbia City Council revises the definition, room-sharing services like Airbnb would be affected.

Bureau Director Amy Schneider said nearly 500 Airbnb rooms were rented out during the solar eclipse weekend. She estimates the city could have generated about $2,000 if those rooms were subject to the lodging tax. She wants to see what impact a new definition would make on the local economy in a more typical week.

Airbnb co-owner Randall Kilgore said adding a tax would not have a big impact on the hosts, but other things should come first.

"I would think the city would do better if they would take this in progressive steps, that they would offer the Airbnb host the opportunity, first and foremost, to register their business with the city," Kilgore said. "I think they're premature in moving forward with some sort of tax structure without first looking at some basics of registering these businesses, offering them an opportunity to have a license to operate, and then progressing from there to some type of lodging tax."

Adding the tax would likely mean more work for hosts, filling out forms for the city, but Airbnb attempts to help hosts in cities that already collect taxes for accommodating guests.

“We have secured tax agreements with over 275 jurisdictions in the U.S. alone, allowing us to collect and remit taxes on behalf of our hosts and deliver new revenue for local governments,” Airbnb spokesperson Benjamin Breit said in a statement sent to KOMU 8 News. “We would absolutely support an update to the local short-term ordinance that would allow us to do the same in Columbia.”

"Airbnb has provided an excellent platform - software platform, guidance - for the individual who wants to be involved in this as either another source of income or just the social contact of having other people in and out of their home," Kilgore said.

“If we could make it easy for the Airbnb rentals, then I don’t think they would have a problem, but I hesitate to speak for them, because we haven’t even had a conversation with them yet," Schneider said.

The report does not have a timeline, but Schneider said it may be ready by late September or early October for the city council’s consideration.