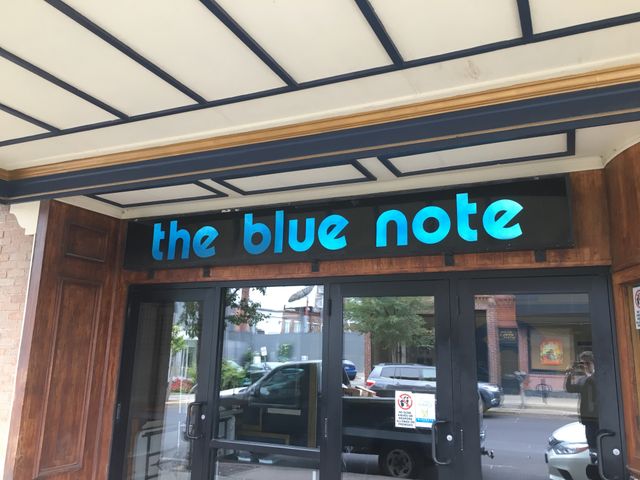 COLUMBIA - In the wake of a heavy hurricane season, local Columbia musicians and performers are putting on a Hurricane Relief Concert Wednesday. All proceeds will go to Heart of Missouri United Way's Hurricane Harvey, Irma and Maria recovery efforts.

Debbie D'Agostino, a sister of one of The Fried Crawdaddies' members, was motivated to put the event together after seeing friends of hers in Houston and Florida share their struggles on Facebook. Keith Fletcher, one of the concert performers, reached out to D'Agostino with the idea for a relief concert.

"After we talked about what he was going to do, I said 'I'd like to find a bigger venue, and I know how to do that,'" D'Agostino said.

D'Agostino reached out to The Blue Note and they let her plan the event for one of the venues' few open days. She said benefits like this not only make donations easier, but set a tone for how Columbia should respond to tragedies worldwide.

"This community, Columbia, Missouri, cares about what happens outside its borders. The more you get together, there's a magic that happens sometimes when you do things like this that connects people in a way they would not have been connected otherwise," D'Agostino said.

D'Agostino said she's aware that benefits like this don't make that much money, but still believes the cause is worth the effort.

"If we come away with the whole thing of maybe three or four thousand dollars, I'll be very excited," D'Agostino said.

Many of the performers decided to play at the concert for the same reason: supporting people in need.

"It's kind of a selfish business, music. Most of what we do is for ourselves, so it's nice when we have the opportunity to give back to somebody," said Jason Caton, lead guitarist for Don't Mind Dying.

Brian Craig, lead singer for Don't Mind Dying, is a Houston native, and is grateful to perform in the spirit of helping friends and family in need.

Caton says when on stage, he hopes his band's music and energy will promote "celebrating the moment while try to lend a hand to those who are not here."

Tony Lotven, saxophone and flute player for The Fried Crawdaddies, says his band is regularly involved in benefit concerts and is always eager to put their talents to use.

"If its something we feel we can get behind, one way we have of giving back is to lend our services to play and raise money from the stage," Lotven said.

Lotven and another member of The Fried Crawdaddies did a United Service Organizations tour to Puerto Rico in the 80s, and is motivated to give back by his fond memories of the country.

"It was a remarkable place, it inspired us and influenced the way we play our music," Lotven said. "When I see the pictures of what's going on, it's horrendous."

Kandice Grossman, owner of the Moon Belly Dance Studio, said the dance her and four others will put on during the concert embodies an important political and artistic exploration.

"It's actually a tribute to the water protector movement, especially the women indigenous leaders of that movement," Grossman said. "Both events sort of point to this bigger question of 'what are the long term impacts of global warming and climate change.' We feel this sense and this need to help."

For D'Agostino and the acts involved, this concert is an expression of love and generosity for their Columbia and anyone affected by the powerful string of hurricanes.

"Don't Mind Dying was just very, very excited and grateful to be asked because they are very community minded people, and all these people, that includes Kandi and Keith, are part of this community and they care about this community," D'Agostino said.

The concert is free and open to the public, and begins at 7 p.m. If you can't attend, you can still donate to hurricane relief at United Way's website.