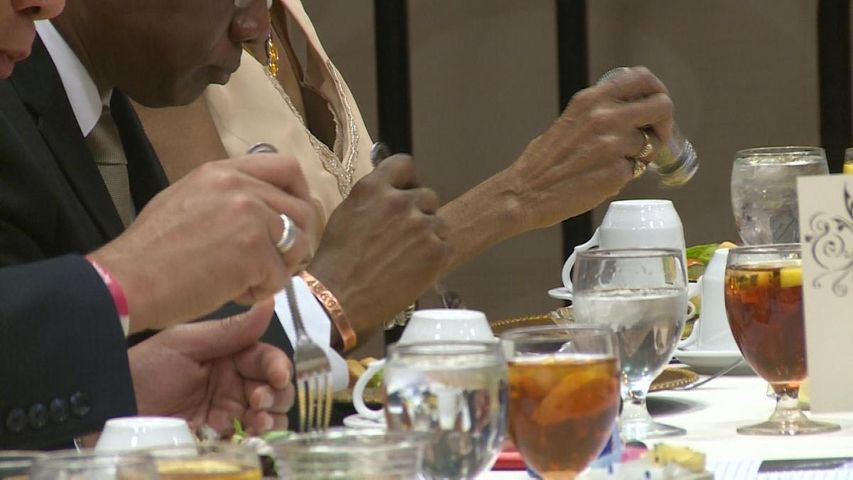 COLUMBIA - The Columbia branch of the National Association for the Advancement of Colored People (NAACP) held its annual banquet, titled "Journey to Justice," Sunday night.

Speakers discussed events that have sparked conversations about race in America over the past year including the shooting of Michael Brown in Ferguson, the death of Eric Garner, and the video of University of Oklahoma fraternity members singing a song containing racial slurs.

Pamela Hardin, vice president of the Columbia branch of the NAACP, said the events in Ferguson helped put racial issues in the forefront.

"I think that Ferguson has opened the eyes up to a problem that has been around for a long time," Hardin said. "I believe that because of the way that it happened, and with all the technology, it has just brought it kind of in the forefront."

Hardin said "now is the perfect time for us to take what is a bad situation and try to turn it into a good situation."

Speakers at the event said work still needs to be done to ensure racial equality in America.

"We have accomplished a great deal," banquet speaker Julie Middleton said. "But the journey is not over."

Hardin encouraged political participation as a means to end racial inequality. She said voting is an effective way to make a difference.

"We have to know that our vote counts, and that we as a people need to take the time to go to our polling places," Hardin said. "People have died for the right for certain individuals to be able to go and vote."