Columbia named one of the nation's least stressful cities 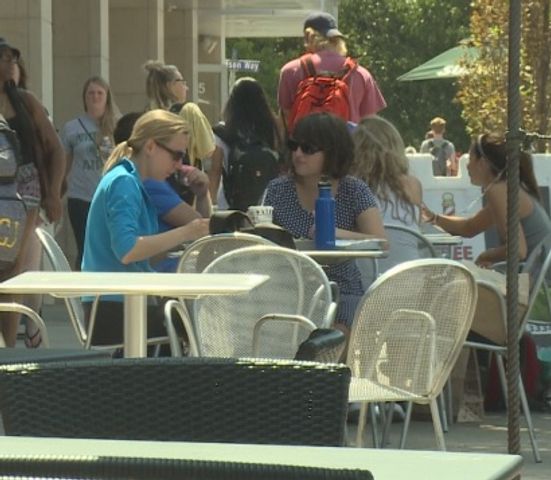 COLUMBIA - A study done by SmartAsset found Columbia as the fifth least stressed city in the U.S.

The study collected city and county level data on 500 of the largest cities in the country. Researchers then considered nine different metrics into two different sub categories.

One of the categories was "stressors." The metrics included were average work week length, average daily commute, the unemployment rate, the personal bankruptcy rate, the divorce rate and the ratio of housing costs to income.

Smart Asset found the average daily commute in Columbia to be about 16 and a half minutes. The unemployment rate in Columbia, according to the April 2015 study by U.S. Bureau of Labor Statistics, is 3.6 percent.

The cost of living in Columbia is just below average. According to numbers from the Columbia Chamber of Commerce staff, residents pay about $97 for items that have a national average cost of $100. The highest cost of living is in Manhattan, New York, which scored 219.70.

Matt McCormick is the president of the Columbia Chamber of Commerce. He said he was not completely surprised to see Columbia to be in the top ten of the least stressful cities.

"It's a great quality of life. The cost of living is one thing and health care, access to jobs, and our unemployment rate, there's a lot of great factors of staying here and being here," McCormick said. "The college students being here with game day and all the rush, it's a lot of fun and it's kind of the life blood."

The other category studied was "stress-relievers." The three metrics considered were average hours of nightly sleep, the number of entertainment establishments per 1,000 business places in the city and the population receiving recommended weekly exercise.

Eight of the top ten cities are in the Midwest and all of the cities in the top ten are home to major public universities.

Brie Wagner is a Columbia native. She said that she has stayed in the city because she enjoys being around an "educated" and "diverse" population.

"There's a lot of different types of people that come here for the schools and some of them choose to stay. There's always that kind of feeling of meeting interesting people," Wagner said.

She also said the large volume of students does not stress her in a way that makes her want to move.

"If you live here, you kind of get an idea of when those events are, and the days you should hang out with your friends at home instead drive down Stadium," Wagner said.

Jackie Floyd, the owner of the Smoothie King on East Nifong Boulevard, said she thinks the cost of living for Columbia isn't as low as she would like.

"There's a lot of people that come and go here, and there are a lot of students and there is a demand for high quality places to live" Floyd said. "I think if people provide that, then they are going to charge the price that it's worth."