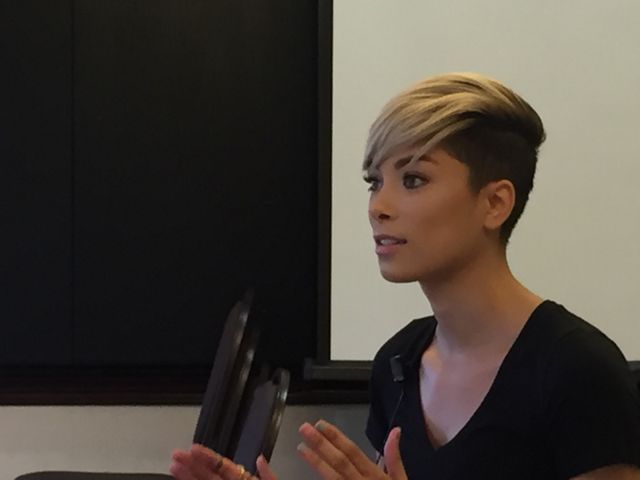 COLUMBIA - Alea Saunders is probably living in every girl's dream by being a model. But she's somehow made it even dreamier by modeling for the reality TV show Project Runway.

Born and raised in Columbia, Saunders said she jumped into her modeling career with some "dorky pictures in her backyard" with her mom as the photographer.

"(The agency) was like 'we'd like to meet you'. Literally within a week I was signed. And it kind of went up from there," Saunders said.

She began her first modeling job in Kansas City and then moved to New York City for three years to take her career up a notch.

And that's exactly what happened.

Starting this February, Saunders became one of the models for season 5 of Project Runway All Stars.

As glamorous as the industry looks, Saunders said she's always grateful for growing up in a small town like Columbia.

"It's an advantage. It kept me really humble."

Even with years of professional experiences, Saunders said it's really weird for her to model for Project Runway.

"On the show it was crazy. Long hours, long days. It's really fun to get there, but at the end of day I was like 'thank goodness I'm done,'" she said. "And the designers are amazing but that is another thing."

For Saunders, to be a professional model means more than looking pretty. It means a lot of hard work and overcoming a lot of self-doubt.

But she's found a way to talk herself through hard times.

"I've definitely had those times where I'm like 'I don't know if this is right' thing but I've never stopped. And I always take that as a sign. Everything always happen for a reason," Saunders said.

Saunders said she also enjoyed working with celebrities on the show, especially the judge Alyssa Milano.

"She is such a cute mom. She's really cool and really cares about us for sure," she said.

Saunders is graduating this May from Paul Mitchell's Columbia academy and said she'll continue with her modeling career but also hopes to get a chance to travel around the world.

Project Runway All Stars airs every Thursday at 8 p.m. on the Lifetime Channel.