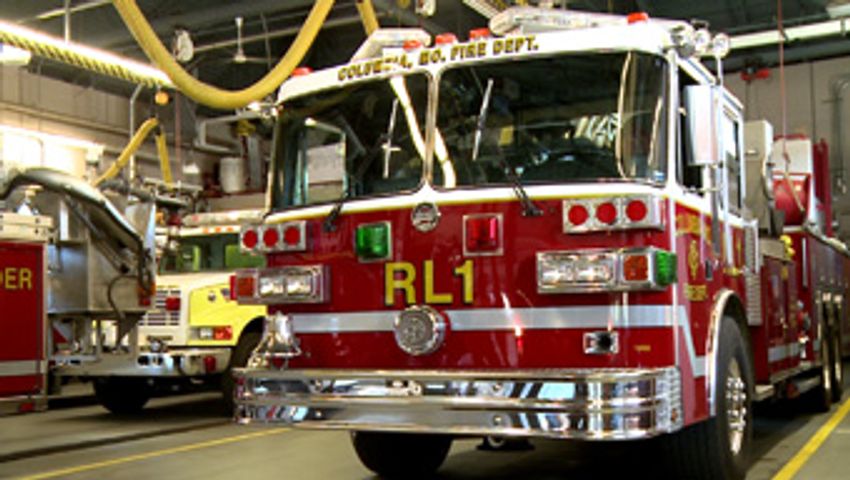 This number comes from revisions to the National Fire Protection Association guidelines, specifically guideline 1710, which addresses "effective and efficient organization and deployment" of firefighters.

"For everything a fire department does, there's a correlating NFPA standard," said Kurt Becker, District Field Service Representative for the International Association of Fire Fighters.

The NFPA's guideline for staffing firetrucks was revised in 2010, saying all professional fire departments should have no less than four firefighters on every truck in high-hazard areas.

For high-hazard areas, which includes practically all of downtown Columbia and the University of Missouri's campus, the city has been running trucks with three firefighters.

"For the last seven years, we've been operating at 75% of what the industry standard requires," Becker said.

In 2016, 1710 was changed again, raising the minimum to six firefighters per truck in high-hazard areas.

Changes to guidelines occur about every five years, and 1710 was adapted after studies were released with updated firefighting requirements for high-rises.

"We don't have a shortage of applicants, we're fortunate that we have a large number of people typically apply," Fraizer said.

The issue comes down to having a tight budget, and Fraizer said the department is fully staffed under their budgeted staffing model.

"We work with funds that were given, and we balance out resources with the need,"  Fraizer said.

To reach the new minimum set by the NFPA, Columbia's fire department would have to hire 62 new firefighters. Having 95 new personnel would help cover absences in the work force, such as illnesses and vacation.

"If you only have 62 guys on a shift and the minimum is 62, then you'll spend an outrageous amount on overtime, and you'll burn your guys out," Becker said.

Fraizer said there's no disagreement between the department and the labor group that more firefighters would be beneficial.

"It's certainly a goal that all departments strive for and we're no different. It's just a matter of available funds," said Fraizer.

"We're not pointing fingers at anybody, nobody has done anything negligent or wrong. We're looking forward to having some collaborative and constructive dialogue with the city," Becker said. "We believe the data and the science backs up the proposal we've made, and we're very willing to see what the city has to say.

Union and city officials plan to meet in April to discuss the staffing issues and budget allocations.