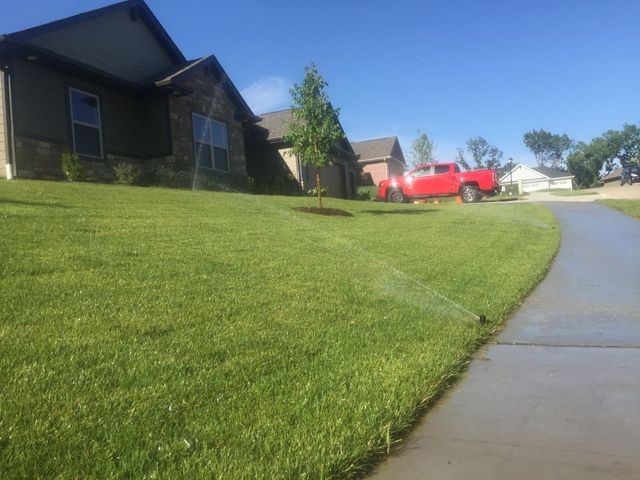 The subdivisions of Bradbury Estates, Creek’s Edge, Thornbrook, Steeplechase and Wyndham Ridge are all under a boil advisory that Columbia Water and Light issued on Monday.

Columbia Water and Light director Floyd Turner said the department found about 200 irrigation systems were all going off at the same time in the Thornbrook area, causing low water pressure.

"It's a combination of high elevation and high demand all at the same time," Turner said.

Turner said the neighborhood is at one of the highest elevations in Columbia which requires more water pressure.

Officials recommended area residents follow a voluntary irrigation schedule in which sprinklers are set at staggered times between 12 a.m. and 4 a.m. Columbia Water and Light officials said this is the best way to see quick results.

Turner says that the short term solution to the problem is monitoring the irrigation systems, but Columbia Water and Light engineers are researching long term solutions to prevent the issue in the future.

Assistant director of Columbia Water and Light Ryan Williams said long term solutions might include a water tower in the area, additional pump stations or an additional water main.

Williams also said this situation is "unique" because it affects so many residents.

"We were caught a little off guard actually," Williams said."We've never seen this happen before."

Steeplechase resident David Whelan said he has made some changes since finding out about the boil advisory such as going out and buying bottled water and changing the time his sprinklers are on.

"We'll be adjusting that later this afternoon, and I understand it's voluntary, just to kind of be in compliance with the neighborhood and try to be a good neighbor," Whelan said.

Columbia Water and Light officials said they are monitoring water pressure in the area daily and are optimistic they can lift the boil advisory by Friday afternoon.