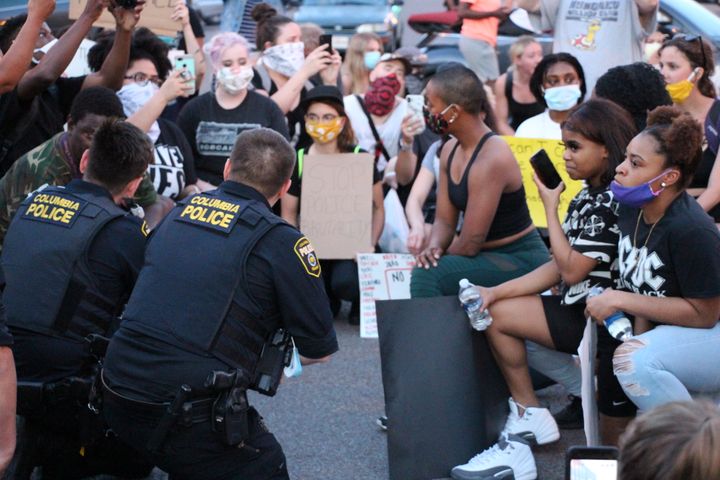 During the protest, Columbia police officers took a knee with protestors marking a moment of solidarity.

"We understand all lives matter, but today is about understanding that we've been dealing with a lot of oppression in this country," protester Demarco Winston said.

As of 9:30 p.m. the protests remained peaceful with a crowd of approximately 100 people gathering.

Chief Geoff Jones released a statement Tuesday that said the department would be better at placing officers in the downtown area.

"As demonstrations continue to take place in our community, officers will ensure the safety of our residents while supporting demonstrators' constitutional rights."

This comes after two protestors were hit by cars in two separate incidents Monday. Both happened at the intersection of Broadway and Providence Road.

CPD said officers have not identified suspects in either incident.