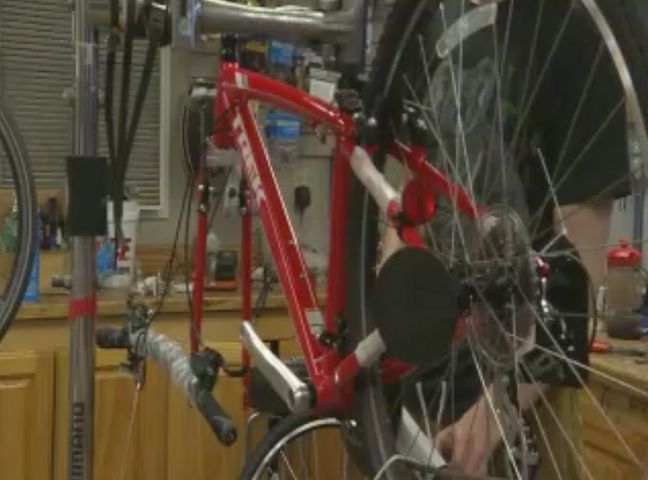 COLUMBIA -Over the past several years the idea of bike-sharing in Columbia has been tossed around but has come up short each time.

The city once tried a program and offered free bikes as a trial. The bikes were taken but were never returned. The assistant director of PedNet Coalition, Lawrence Simonson, said this time around his company and the city are working to get all the details together before anything is physically put downtown.

Simonson said through an email that PedNet has been acting as a facilitator. And there have only been discussions with many potential community partners. However, at this point there is no discussion of the City owning, operating, or implementing the system. If through the discussions it is decided a feasibility study can be conducted (by an outside consultant).

Simonson said, like other bike-sharing programs across the country, there would be some form of payment required. It will be part of the study to see what form of payments would be expected and how much each of the bikes would cost to use.

He also said he believes the overall impact of the program would be positive.

"We do tend to struggle with parking and this is a way to alleviate that pain in some way or another," Simonson said.

Benedict Nagy, a salesperson for Walt's Bicycle and Wilderness, said he thinks the idea is great and would create  more potential bikers.

"There will be environmental benefits like less cars on the road, less congestion and downtown parking could potentially be relieved a little bit," Nagy said.

He said the program could be a way to open the public's eyes that bike riding is for everyone, not just children or competitive riders.

Simonson said if the city decides to go through with the bike-share program, it could take anywhere from six months to two years to put in place.

[Editor's note: This story has been updated with the latest information and for clarity.]