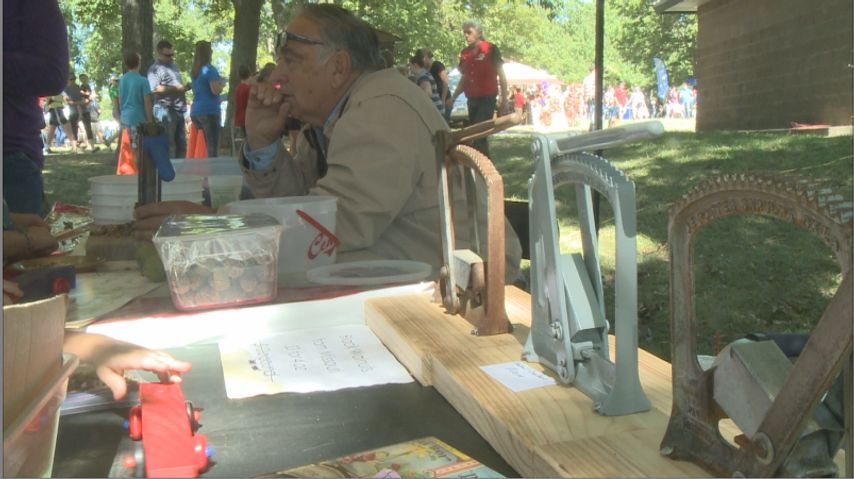 COLUMBIA - The annual Heritage Festival and Craft Show celebrated its 36th year in Nifong Memorial Park this weekend. The festival is coordinated by Columbia Parks and Recreation. This year, it featured more than 100 booths of crafts and workshops about 19th century history. Activities for kids included crafts, shows and live music. The event was free to all attendants.

Columbia Parks and Recreation Superintendent Karen Chandler says the festival is to teach kids about the 19th century by letting them interact with history.

She said she doesn't believe that Roots N' Blues affected the attendance because of the different type of crowd it attracts and that this year has been their biggest turn out they've had to date.

Parents were able to enjoy the festival as well. Troy Gaines said he brought his kids as a learning experience.

"Part of the reason I brought my kids is to show them something older. Stuff that you don't see everyday, and you just kind of get them exposed to something different than what you would see in Columbia I suppose," Gaines said.

Gaines said he thinks this festival is something unique to Columbia.

"It's something you don't see everyday. If it's something they can keep together and keep running, I think it's a good thing for the kids and for future generations," Gaines said.

Columbia Parks and Recreation said they are looking forward to finding new musical acts for next year's festival.