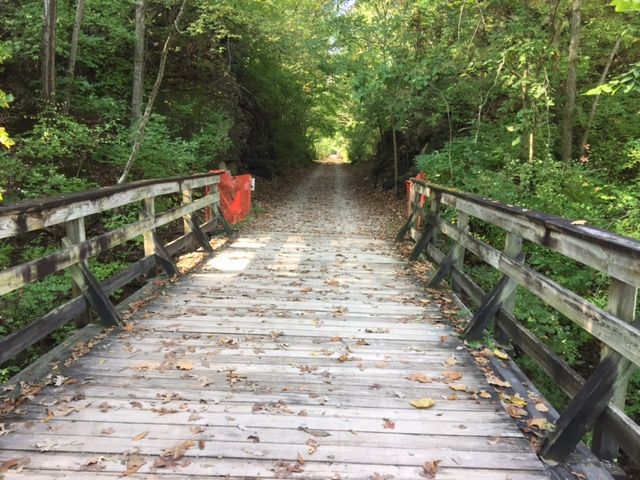 COLUMBIA- The Columbia Parks and Recreation Department is planning to replace wooden bridges on the MKT trail, and it's doing all it can to make sure the public knows about the process.

Thursday night, the department will host a meeting for anyone looking to get more information on the project. The meeting will be held from 4-6 p.m. at the Martin Luther King Jr. Memorial on 800 Stadium Blvd.

In 2013, the MKT bridge engineering study report recommended the bridges be replaced.

The department will start construction on bridges 5 and 7 during the winter of 2017. If it has enough funding, it will also replace bridge 8.

Park Planning and Development Superintendent Mike Snyder says the bridges are still safe for public use.

"They are old railroad bridges they were designed to carry 100 tons or more," Snyder said. "The problem is we have to also get gravel trucks up and down the trail and the bridges need to be able to hold ambulances in case they need to reach somebody."

The work will force the trail from east side of the 3M wetlands to just west of the Stadium Drive underpass to close. The construction is scheduled to begin on November 27th and the department hopes to be finished by April 2018.

The project will be funded by a recreational trails program and a voter-approved sales tax.

"We do a lot of maintenance on these bridges," Snyder said. "Everyone now and then there's a storm that will knock out a support post and our crew will come in and replace that post."

Snyder said the work is necessary.

"It has to be done. Over the next twenty years all of the bridges on the trail will need to be replaced at some time."

Columbia resident Patrick Nagle frequently rides his bike on the MKT. Nagle believes the construction is only for the best of the people.

“It’s going to certainly be a burden that some of the trail will be closed, but better to be safe than sorry,” Nagle said. “I haven’t noticed anything wrong with the bridges but I am happy the city will take care of them before anything does happen.”

Snyder says the city will come up with a plan for residents who are inconvenienced by the construction.

"We are encouraging people to use lots of other trails," Snyder said. "People can still come to the Forum parking lot and use other sections."