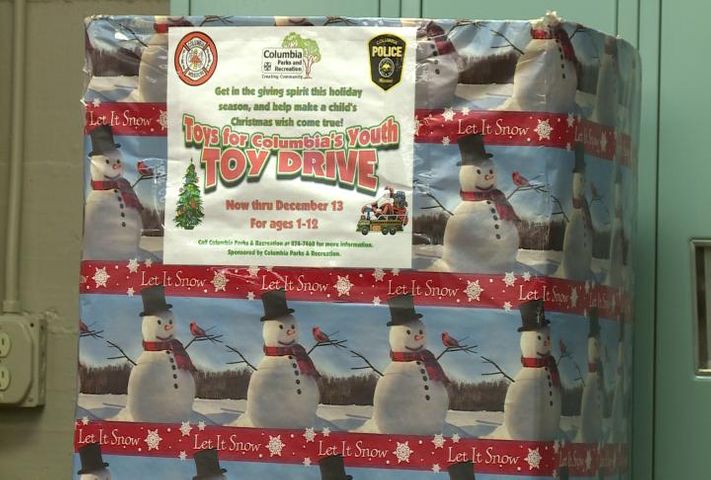 The drive started on October 21. It reaches an average of 300 children per year.

Youth Programs Recreation Leader Mary Dewey said the goal of the drive is to provide each child with at least three gifts as well as a couple of stocking stuffers.

"It's gonna make a family, at least these kids, happy," Dewey said. "The families that are struggling and aren't able to give their kids a good Christmas, they might be able to give them one little thing. They want to make their Christmas a lot better than what they've had in the past."

Dewey encourages people to bring more gifts as the drive comes to a close so they can meet their goal.

Parks and Recreation will start bagging the toys next Tuesday. They will begin distributing the toys on December 18 and 19.

Dewey said even though the drive ended Friday, they will still be accepting toys and money donations next week. Cash donations can be brought to 1 S. 7th St. or 701 E. Ash St., and a letter of receipt for tax purposes will be provided.