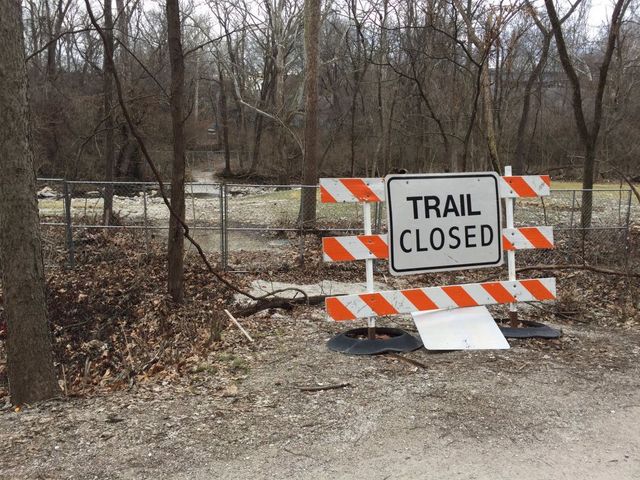 COLUMBIA - Columbia Parks and Recreation wants public input on restoration of the MKT Trail area closed due to the Flat Branch Sewer Relief Project. Plans will be discussed at a public meeting Wednesday night at 5:30 p.m.

Parks and Recreation Forester Dave Dittmer said the restoration will focus on major cleaning and planting trees, wildflowers and shrubs.

“It’s given us the opportunity to clean that area up and come back in and replant things that we would like to see there,” Dittmer said.

Park Natural Resources Supervisor Brett O’Brien said the majority of the planting could start this spring and might be finished by this summer, but restoration will be an ongoing process.

“There’s always gonna be upkeep of the MKT,” O’Brien said. “We’ve had some bridge replacements and probably some more in the future, as far as keeping the trail up and keeping it maintained.”

A trail corridor located near Grasslands Park will be the site of most of the restoration.

Dittmer said he encourages people to come to Wednesday's meeting because Columbia Parks and Recreation wants residents to have a say in how the MKT Trail develops.

“They may be looking for more privacy and may not want to see a whole lot of development there because it kind of is their backyard,” Dittmer said. “Or other folks may want to see more trails or more picnic areas installed.”

The open-house style meeting will be in the Friends Room at the Daniel Boone Regional Library.

O’Brien said he thinks those who attend will be truly interested in the restoration.

“I think there’s a lot of reasons why people would want to come,” O’Brien said. “A lot of it is if they are invested in how the trail looks.”

Dittmer said funding for any plants purchased will come from Public Works Sewer Utility, but he doesn’t know the total amount of money designated. He is hopeful Columbia Parks and Recreation will present a plan based on what the public wants.