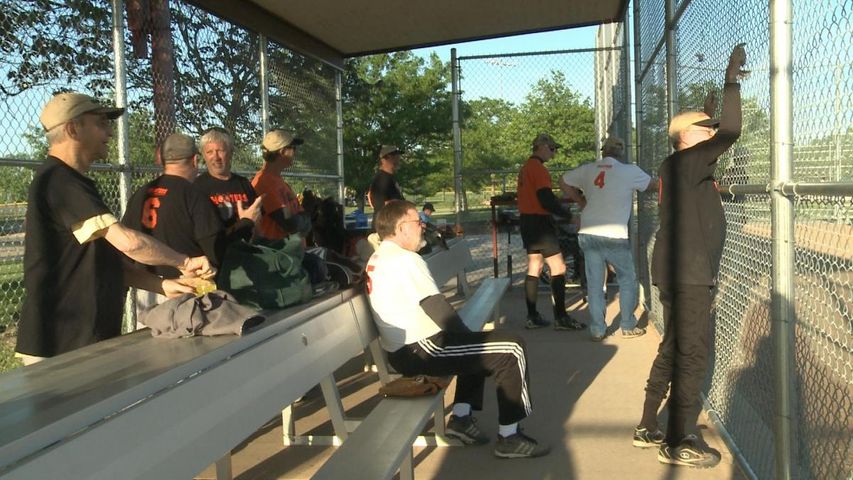 COLUMBIA - The Columbia Parks and Recreation hosts softball leagues for all ages including a league for men over the age of 50.

Seven teams participate in the over-50 league and the players' ages range from low 50s to mid-70s. Many of the men have been playing softball through the Parks and Rec for decades.

Hooters sponsors a team which consists of men well over 50.

"I don't think about my age. I can still hold my own most of the time," Schweitzer said.

The league keeps score during the games but many of the players say they aren't just playing for the win.

"We can't be concerned about whether we win or lose. We have fun during the game, after the game, no matter how the game goes," Howell said.

65-year-old player Michael Phillips, of the Boone team, said, "We just play to have a good time. We just really enjoy playing ball. We are still just a bunch of kids at heart. We may grow old but we never have to grow up."

Additional rules are put into place for the over-50 league to help prevent injuries and to make it easier on the older players. These rules include having an additional player in the outfield, allowing pinch runners at any time and having a separate home plate that players run into to avoid collisions.

Many of the players say they don't know when they will stop playing but they are glad they are still able to participate in the sport now.

"I often think that if I didn't play softball that I'd get older faster and who wants that," Howell said.