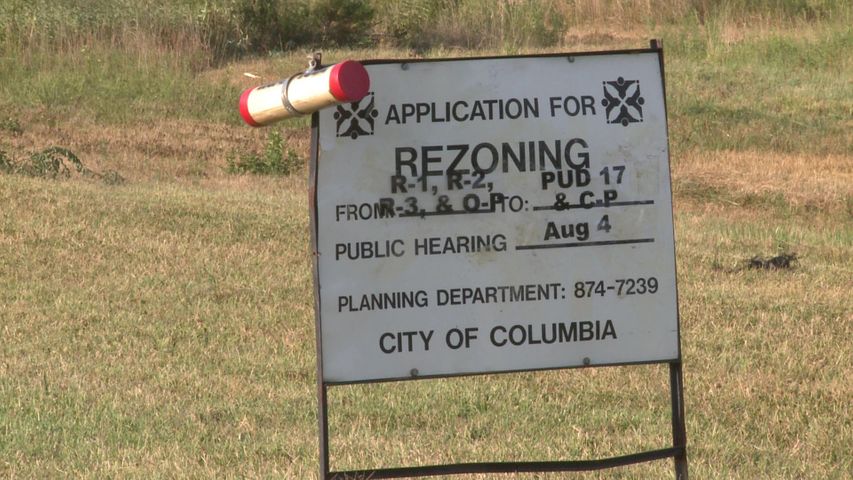 COLUMBIA - The Columbia Planning and Zoning Commission approved a controversial issue Thursday night to rezone a lot at the corner of Nifong Boulevard and Bethel Street in south Columbia. The area would be rezoned to a commercial area allowing businesses to build there. The issue has drawn criticism from residents in the area, but was approved 5-1 at the meeting.

The lot, which is currently just an empty field, sits at the southwest corner of the two streets and backs up directly to Ann Hawkins Gentry Middle School, which parents and neighbors aren't pleased about. At least 100 residents of the Bedford Walk subdivision across the street from the lot signed a petition voicing their opposition to the rezoning. They worried a boom in businesses would increase traffic and create safety problems for students.

Residents also brought up issues with stormwater flooding; the stretch of Nifong in front of the lot flooded last year without any development, and some people worry a shopping center would create even more problems.

If an agreement between the city and the developer, Jeff Smith, is approved, the area will be able to feature restaurants, offices and retail shops. Gas stations, drive-through restaurants, car washes, adult bookstores and bars will not be allowed to build there.

The development will include stormwater detention centers, which could help filter pollutants from the nearby Peachtree Business Center, located east of the property.