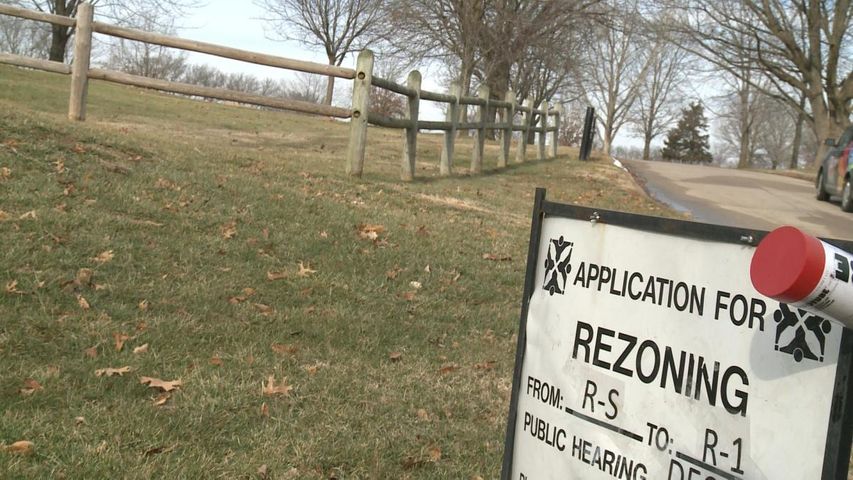 COLUMBIA - Columbia Planning and Zoning Commission voted unanimously Thursday night to recommend the annexation of the Lake of the Woods Golf Course to the city council.

Currently, the land is in Boone County's jurisdiction that only allows single family homes on a half acre lot.

Also in Boone County's jurisdiction are the properties owned by Saint Charles Road Development, which are east of the golf course and west of Battle High School.

Developers want to bring more commercial businesses to the area for people who live around the new high school.

Michael Savage, a Columbia resident who lives in Golf View Gardens Condiminium, says he thinks this is a good idea.

"[It's] pretty good just not only for the city but just for the money coming into the city also and creating jobs also," Savage said.

However, one resident from Copper Creek Subdivision, west of Battle High School didn't feel the same. She said she would be okay if these commercial businesses were in more concentrated areas, but she doesn't want them coming near her home. She added she wants to keep the area residential and prevent more traffic.

The commission didn't talk about the development Thursday night, but focused on the annexation of the golf course.

The city council will have a public hearing on January 6 to determine whether or not the city limits should be expanded by bringing in Lake of the Woods Golf Course.

[This story has been corrected to indicate the land to be annexed is currently in Boone County's jurisdiction, not Boonville's jurisdiction.]